This week, while I recover from my Holiday Food Coma, I want to try something a little different. I’ve collected my favourite posts from the past – ones that will never go viral or take the world by storm. They are a part of the history of this website though. Also, I think they show the progression of the website, which I’ve been updating every Friday for over ten years. I’m not sure I’m committing to another ten years of posts but it was interesting for me to go through the archives and remember the pieces I’d written. 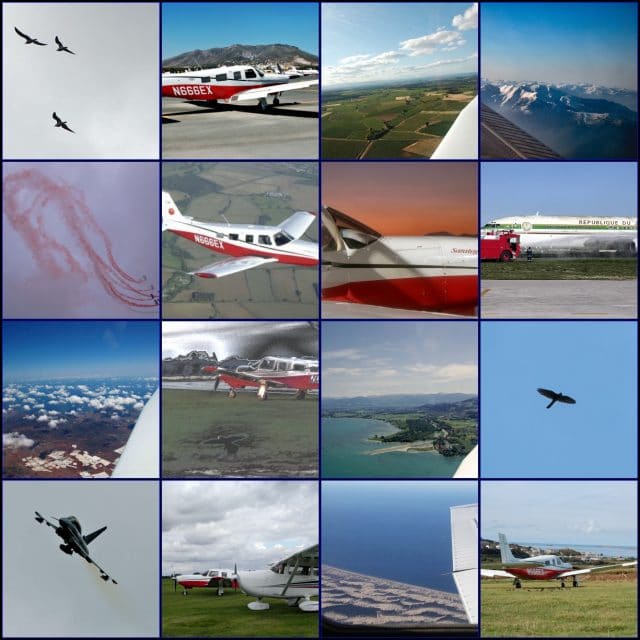 This is only short but posted in 2007, it is probably the first time I wrote about an accident based on the official report.

Initially, I posted about my own flying experiences. Shortly after I learned to fly, I was volunteered to transport my mother from Rome to Mannheim. This three-part series sure does underscore that whatever can go wrong, will.

By 2011, it’s clear that I was beginning to focus Fear of Landing on accident reports. This fatal crash particularly sticks in my mind as the friend of one of the pilots read the article and left a comment – an important reminder for me that I was writing about real people and not just abstract incidents.

This post from 2012 follows a bizarre story of an aircraft departing Amsterdam which suffered a bird strike and then risked all their passengers lives by misdiagnosing the issue and flying more than 1,000 feet below the MSA (Minimum Safe Altitude) on their way back to the runway.

Another post from 2012 which I’m pretty sure marks the first and only time I felt sorry for a delayed RyanAir flight.

This tragic accident from 1972 is very well known as the crash caused by a faulty lightbulb. I was surprised at how much I didn’t know, when I went to read it and decided to do a post. I think I would probably do something much longer if I were to take this on now, which is not necessarily an improvement!

This Thomas Cook incident is a prime example of how something a little out of the ordinary can cascade into a minor incident.

I always imagine the heart-stopping terror the technician must have felt when he returned to his van to find it gone.

I’m sure it wasn’t funny at the time but I couldn’t help but be amused at the radio transcript and it shows.

I’m still not sure I would call this a hijack but the incident itself is certainly one of a kind!

I admit this is a rather random selection. These are posts which stick in my mind for one reason or another: sometimes because of shifts in my thinking and sometimes just because the incident was so striking. So now it’s your turn! If there are Fear of Landing posts that stick out in your mind, feel free to tell me what you remember in the comments and I’ll do my best to find the specific post.

A nice side-effect is that, in looking for the posts, I found three incidents where I promised to follow up once the final report was out, so that’s my to-do list for the next month sorted!