I often talk about how an accident is caused by many small things that have gone wrong as opposed to one big mistake. This incident which was reported by the Transportation Safety Board of Canada last month is a perfect example of this.

The 11th of March in 2013 was a rainy night at Toronto International Airport in Ontario. Sunwing Airlines, a Canadian aviation company based in Etobicoke, offer scheduled and chartered airline services out of Toronto and routinely do their maintenance and grooming during the evenings, while the aircraft are parked at gates at the east side of Terminal One.

That evening, an engineer and a technician went to fix C-FTLK, a Boeing 737-800. The technician drove them there in a Sunwing maintenance van: a 2007 Chevrolet Express Cargo 2500 with a 4.8 L engine and a 4-speed automatic transmission. 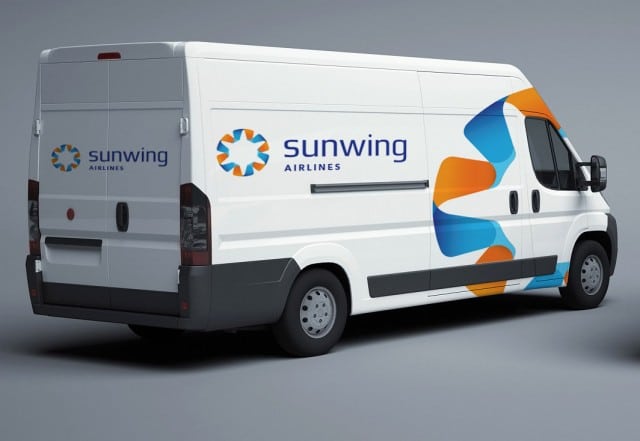 The van was painted white with a large Sunwing logo on both sides. On the roof was a large aluminum platform with a ladder running down the left side. On the front left corner of the platform as an orange beacon light.

The engineer completed his work at 23:00. The groomers were still onboard cleaning up the cabin and flight deck.

The technician drove the engineer back to the company facility and then returned to the 737 to finish off. He parked the van left of the nose of the aircraft waited for the groomers to finish.

It was about half an hour later when the groomers finished and exited the aircraft using the left-hand main door.

The last of the groomers tried to close the aircraft door behind him but struggled with the weight of the door in the rain. The technician pulled forward and got out of the van, signalling to the groomer to leave the door, that he would take care of it. The groomers left.

The technician checked the ground power unit on the right side of the aircraft before boarding the Boeing 737 through the left-hand main door and checking the the cockpit.

When he came out, he realised that his van was gone. 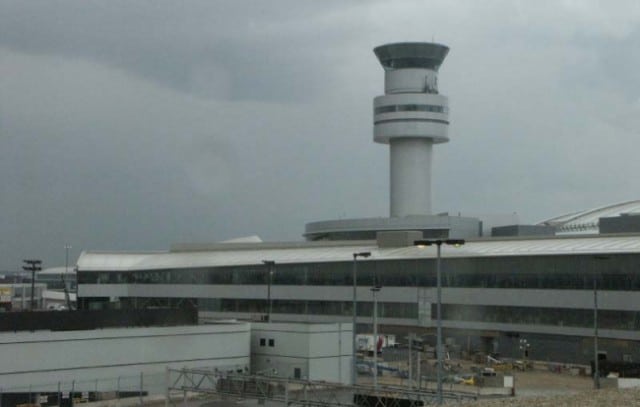 Up in the airport control tower, it was a quiet night. Night operations are not very busy at Toronto International and multiple ATC roles during the day are regularly combined at night.

That night, there were three air traffic controllers. One was working as the tower controller, one was working combined north and south ground and the third was there for post-handover monitoring.

Meanwhile, the little-van-that-could made its break for freedom. The technician had left it idling and in drive. Once he disappeared into the cockpit of the aircraft, the van began to move.

It rolled forward, grazing the outer cowling of the Boeing 737’s left engine. Undeterred, it rolled under the wing and continued forward, heading straight for runway 24R, the active runway.

The van’s speed varied between one and five miles per hour as it drove across the apron and into the manoeuvering area.

Ground controllers at Toronto watch the traffic from the window and have a radar display for the Airport Surface Detection Equipment (ASDE). The surface detection equipment is a safety system which monitors the manoeuvering area of the airport in order to help controllers detect potential runway conflicts. It provides detailed coverage of movement on runways and taxiways.

However, it doesn’t cover the aprons or the gate area, in order to reduce the clutter on the display. The first seven hundred feet of the little van’s epic journey were not monitored by the surface detection equipment. It reached intersection DV.

The ground controller saw the movement on his display, a slow-moving target just past the gate area. He thought it might be a false target. He spent two minutes on other duties before checking his display again.

The tower controller was standing and moving around as he kept watched over both the departure and arrival runways.

The ground controller looked back at the display and saw that his slow-moving target was now coming up to the threshold of Runway 24R. He showed the tower controller the blip on the display. Neither could think what the display might mean as they scanned their electronic flight progress strips and looked outside. They had no idea what the blip might be.

The third controller scanned the area with binoculars but the van was over a mile from the tower and in shadows near the brightly lit Terminal 1. The controller never saw the van; there seemed to be nothing there. 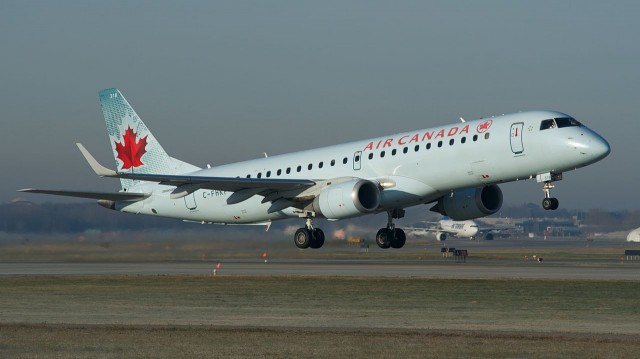 Air Canada flight 178 was an Embraer EMB190 registration C-FLWH. It was inbound to Toronto from Edmonton International with five crew and sixty-seven passengers on board. They’d been cleared for an instrument approach to Runway 24R. It was a quiet night and Air Canada 178 was number two, after Air Canada flight 1126 which was seven nautical miles ahead of them.

The crew could see the airfield clearly and saw the preceding aircraft vacate the runway from five nautical miles out. The approach was stable and the crew continued.

The tower controller had an unknown something entering the active runway and Air Canada flight 178 on late finals. He still didn’t know what it was out there but he urgently needed to abort the incoming landing. Because he was asking an aircraft less than 4,000 feet from the runway threshold to pull up and go around, the controller spoke quickly and as a result, his words were elided. “Air Canada” became “ercana” in his rush. In addition, the aircraft’s Extended Ground Proximity Warning System sounded at the exact same moment.

The controller waited a few seconds and when he didn’t get a response, he called again.

The controller did not get any response to his calls. He could clearly see the radar blip blocking the runway and the Air Canada flight heading right for it.

During a normal approach, such as the one flown by Air Canada 178, the EGPWS makes several standard automated aural call outs, which are broadcast simultaneously over the cockpit speakers and the pilots’ headsets. During post-incident simulation, it was noted by TSB investigators that the callouts were significantly louder than the radio or intercom audio, which is delivered solely to the pilots’ headsets. The volume of the intercom and radio is adjustable by the flight crew, whereas the EGPWS audio is not.

The flight crew had clear sight of the runway and were seconds away from landing. That, combined with the dodgy acoustics, led them to believe that although they clearly heard the words “go around”, the instruction must be meant for another aircraft. They continued.

The controllers stared at the runway. They must have been holding their breath.

Air Canada flight 178 cruised directly over the top of the van and touched down. The separation between the van and the aircraft was less than thirty-five feet.

As Air Canada 178 cruised down the runway, the tower controller called them a third time and asked if they’d seen anything on the runway. This time the crew responded. They hadn’t seen a thing.

The van trundled across the runway and continued straight across taxiway D7.

The controllers reported the incident and the airport authority sent staff out to search the area.

The van drove into the grass. It got stuck when it struck a taxiway reflector sign and stopped, once again out of sight of the radar display, where it waited patiently for someone to rescue it.

Fourteen minutes later, airport staff discovered the missing white van. The engine was running and the headlights, taillights and beacon were all on. The automatic transmission was set to drive.

The Air Canada flight continued on to Ottawa. Air Canada Operations, by now aware of the near-miss, instructed the crew to disconnect the power to the digital voice-data recorders upon their arrival. These DVDRs record two hours of the conversation in the cockpit (as opposed to on the radio) and then over-write the data.

At Ottawa, the flight crew was met by company maintenance staff who said that they would disconnect the DVDRs. However, they didn’t get around to doing so until an hour later, and the cockpit voice data from the landing at Toronto was overwritten.

The investigators discovered that the beacon on top of the van, which was designed to use a 37.5 watt bulb, actually only had a 7 watt bulb installed.

Although visibility was good, a seven watt bulb was not enough to draw attention to the vehicle. The flight crew expected an uneventful landing and could not see any obstacles on the runway. Although the cockpit voice data was lost, the crew stated that they discussed the transmission to go around and agreed that it couldn’t be meant for them. As the report put it, the communication was insufficient to challenge the flight crew’s mental model of the situation.

From the incident report:

Following the occurrence, the Greater Toronto Airports Authority (GTAA) issued directives to the Toronto Pearson aviation community reiterating the prohibition against leaving vehicles idling and unsecured on the airside. The GTAA also published and disseminated information on the luminosity requirements for vehicle roof beacons and did spot checks to inspect beacons and require inoperative or inadequate beacons to be repaired or replaced. Sunwing Airlines reported to Transport Canada that it has inspected all of its airside vehicles and ensured that their roof beacons meet specified luminosity standards.

The van was returned to service with a new beacon bulb installed.

So, another happy ending… but more by luck than good management on this occasion!