Some Jokes Are Not That Funny

A Southwest Airlines flight attendant has filed a lawsuit accusing two pilots of livestreaming a plane’s toilet on hidden camera.

The cabin crew member had been asked to the flight deck while the captain used the lavatory, standard procedure for those airlines who have a rule of never leaving a pilot alone in the cockpit. While waiting, she saw an iPad showing video and recognised the captain entering the lavatory. Shocked, she asked the first officer if that was live video of the toilets whereupon the first officer first tried to deny it and then claimed that it was a new security measure, top secret, and she must tell no one. 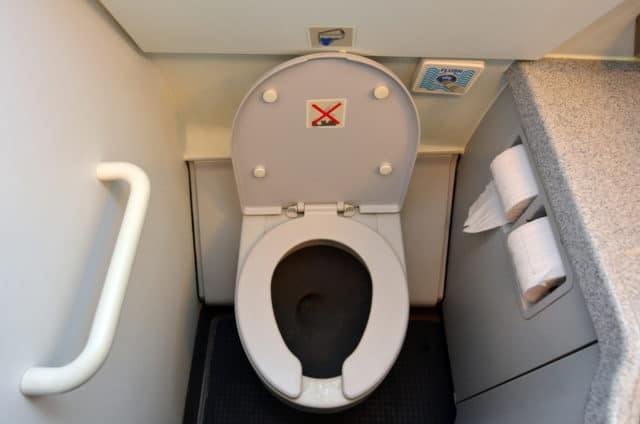 The cabin crew member was unconvinced by this explanation and took a photograph of the iPad in order to report it to management. However, they dismissed her complaint without action. The cabin crew member says that one supervisor told her to keep quiet about it because if it went public, no one would ever fly with the airline again. Distressed by the idea that crew and passengers were being filmed in the lavatory without their knowledge nor consent, she refused to drop the case. Now she has filed a complaint against Southwest the airline and the two pilots in question. Southwest Airlines, meanwhile, have released a statement saying they have no such policy and that there was no camera installed in the lavatory.

I was disappointed that Southwest had not taken action but honestly, I considered this to be more about creepy men than about aviation, so I didn’t really dig any further. Another explanation had not occurred to me until I saw a post on PPRuNe by a long-time member.

This appears to be a variation of one of the old lavatory privacy pranks that pilots would play on flight attendants. Years ago on the 727 a gullible stewardess would be called to the cockpit. After some conversation the captain would have the FE ‘check’ to see if the forward lav was unoccupied so he could go back. The FE would open some panel (was it fuel dump?) on the aft cockpit bulkhead and pretend to look into the lav to verify that it was available. ‘Not many people know about this’ etc. and the word would quickly spread among the cabin crew.

Sure enough, the next post on the thread backs him up.

Yes it was a (grey/red) panel. 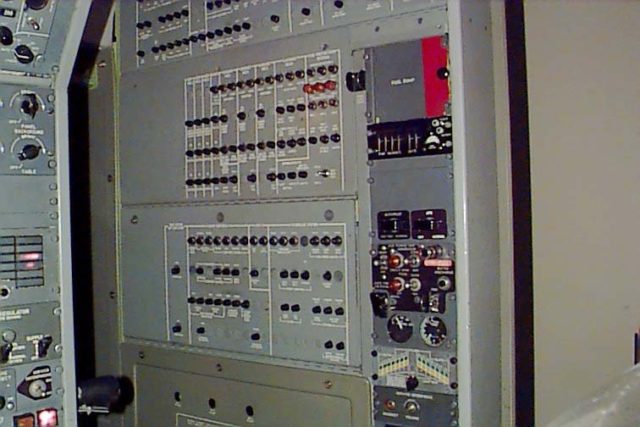 Knowing this long-standing prank immediately changed the perspective of the whole situation. There was no camera in the lav, just as Southwest had claimed. The two men had almost certainly filmed the captain earlier (so much for the two staff in the cockpit rule) and then timed it to play back when the captain left the cockpit so that it appeared to be live-streaming video of him entering the lav.

But what the flight crew (and 90% of the PPRuNe commenters) failed to recognise is that this variation of the prank simply isn’t funny.

Ignore for a moment the questionable practice of hazing and trying to make someone look stupid for your own amusement. In the 727 version of the joke, the hatch offering a view of the lavatory is built into the aircraft, rather than finding out that your captain is a pervert who is spying on people while they go to the toilet.

This flight crew, on the other hand, set up a situation which could easily be interpreted as an isolated act by the two men. A hatch installed by Boeing and approved by Southwest is hard to believe, and so the joke, if we accept it as such, is funny. A hidden camera in the toilet is less easy to dismiss as impossible and more importantly, such invasions of privacy have happened before.

In contrast, it is extremely difficult to find a single incident of an aircraft manufacturer installing a hatch into the cockpit to allow the pilots to look into the lavatory. Because it has never happened and, more importantly, if it did then the person inside the lavatory would surely notice the sudden cool breeze and the pale face of a pilot peering in.

Now maybe the flight crew who planned the prank really didn’t realise this. Maybe they didn’t understand that what made the hatch funny was how truly unbelievable the hoax was upon reflection. Maybe they truly thought that the gullible cabin crew member would believe their story that it was an airline wide security measure which had been kept top secret until they had blown it by leaving the iPad out.

But that’s part of the problem: if you want to enjoy a laugh with your colleagues about a practical joke you played on them, you need to let them in on the joke. Haha, it worked! Of course there’s no camera in the lav!

Instead, they stuck to their guns, even after the cabin crew member correctly concluded that Southwest Airlines would not place hidden cameras in the lavatories for the pilots to watch, even after the cabin crew member took a photograph of the iPad in order to report it. The pilots still had an opportunity to ‘fess up and explain that it wasn’t true, haha, sorry to have shocked you.

That’s how funny jokes work, you see, where we all get to laugh together at the punch line. So I have very little sympathy for the repeated complaints that “We aren’t allowed to have fun any more” on PPRuNe and other aviation forums. This was not an attempt to have a laugh with a cabin crew member. This was an attempt to laugh at her and worse, making her feel unsafe and gawked at in her working environment, by the captain and his first officer who are supposed to be taking responsibility for the flight and the well-being of those on board.

Maybe in the “good old days” this was considered a good time. These days, it’s considered harrassment and quite frankly, I’m still disappointed that Southwest did not take action but simply brushed it off as an inappropriate attempt at humour.

If you ask me, it’s not the cabin crew member who had a sense of humour failure.