Yesterday, a federal grand jury indicted Boeing’s former Chief Technical Pilot for fraud, specifically accusing him of deceiving the FAA’s Aircraft Evaluation Group during their evaluation and certification of the 737 MAX and of scheming to defraud Boeing’s US-based airline customers to obtain “tens of millions of dollars” for Boeing.

“Forkner allegedly abused his position of trust by intentionally withholding critical information about MCAS during the FAA evaluation and certification of the 737 MAX and from Boeing’s U.S.‑based airline customers. In doing so, he deprived airlines and pilots from knowing crucial information about an important part of the airplane’s flight controls. Regulators like the FAA serve a vital function to ensure the safety of the flying public. To anyone contemplating criminally impeding a regulator’s function, this indictment makes clear that the Justice Department will pursue the facts and hold you accountable.” –Assistant Attorney General Kenneth A. Polite Jr. of the Justice Department’s Criminal Division

In the US, the federal government must receive an indictment from a grand jury in order to prosecute. A grand jury consists of up to 23 members, of whom 16 must be present to form a quorum. The defendant has an opportunity to challenge evidence but there is no defence attorney in the courtroom and the federal grand jury only has to determine whether there is probable cause for criminal charges. This does not require a unanimous decision; only 12 members need to agree that a federal crime has probably be committed. The standard of proof is much lower than in a criminal crime.

I have read the indictment against the former Chief Technical Pilot Mark A Forkner and the evidence presented against him. Before going into the details, I want to be clear that an indictment is an allegation and the defendant is presumed innocent until proven guilty.

That said, the following is a summary of the sequence of events as related in the indictment.

The change to the aerodynamics caused the 737 MAX nose to pitch up when turning the aircraft at high speed, in what’s referred to as a “high-speed, wind-up turn”, a corkscrew-like pattern. This is not a manoeuvre that would come up during normal commercial flights. However, Boeing needed to deal with the issue in order to ensure that the aircraft met US airworthiness standards.

Initially, the MCAS was defined as an aircraft part which would only operate at high speed (Mach 0.6-0.8).

The point here is that, as originally conceived, MCAS was designed to deal with a certification issue: in a corkscrew turn at high speeds, the MCAS would pitch the nose down. The scenario would never occur during normal flight.

This was an important point for the FAA’s Aircraft Evaluation Group, which determines the minimum level of pilot training required for a pilot to fly the 737 MAX for US-based airlines.

The Aircraft Evaluation Group was tasked with detailing the differences between the 737 MAX and the 737 NG and to define the “differences-training determination” for the 737 MAX in their Flight Standardization Board Report (FSB Report). US-based airlines would then use the FSB Report as the basis for their pilot training requirements.

The FSB report ranks the nature and extent of the differences range from Level A (least intensive) to Level E. Level B generally requires only computer-based training, which is less expensive for airlines to implement. A training level above Level B is likely to require full-flight simulator training. 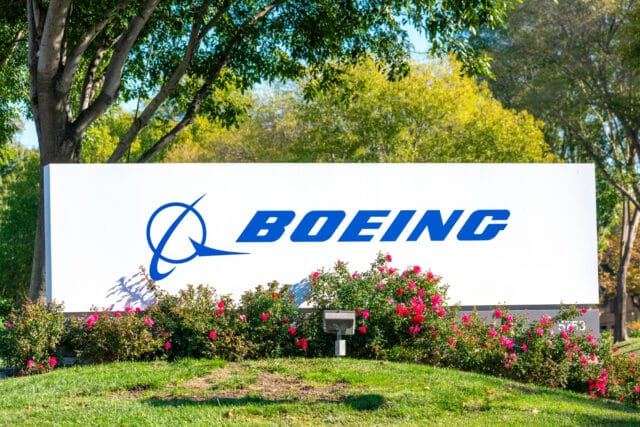 Mark A Forkner joined Boeing as a technical pilot as a part of the 737 MAX Flight Technical Team in early 2012. In 2014, he became Boeing’s 737 MAX Chief Technical Pilot.

In that role, Forkner was responsible for providing the FAA with the differences between the 737 Next Generation and the 737 MAX. He also dealt with Boeing’s US-based airline customers and knew that Boeing expected a difference-trainings determination for them that was no greater than Level B. Anything higher would be expensive for the Boeing’s airline customers and at least one of those customers was entitiled to financial compensation (penalties) if the differences training exceeded Level B. He wrote about his concerns in an email in December 2014.

If we lose Level B [it] will be thrown squarely on my shoulders. It was Mark, yes Mark! Who cost Boeing tens of millions of dollars!”

In June 2015, Boeing held a briefing for the FAA Aircraft Evaluation Group. The Boeing representatives told the FAA employees repeatedly that the MCAS would only operate during high-speed, wind-up turns and only if the 737 MAX was flying at high speeds of 0.7-0.8. Forkner was present at the briefing and repeated this information in at least one discussion that day.

On the 16th of August 2016, the FAA Aircraft Evaluation Group issued a provisional Level B differences-training determination for the 737 MAX.

Three months later, Mark Forkner took part in a simulated flight test where he saw MCAS kick in at Mach 0.2. He knew that the FAA was under the impression that this could not happen. He knew that he and his colleagues had told the FAA explicitly that MCAS would only operate at high speeds.

Mach 0.2 is not a high speed: it is the equivalent of around 133 knots or 246 kilometres per hour. To put this into context, the Boeing 737 MAX cruising speed is around 450 knots (Mach 0.79). A normal approach speed is about 140 knots, which meant that MCAS could activate during take-off and landing manoeuvres, which up until now, Forkner (and the FAA) thought was not possible.

That same day, he had an email exchange with another Boeing 737 MAX Flight Technical Pilot.

Forkner: Oh shocker alerT! MCAS is now active down to .2. It’s running rampant in the sim on me. At least that’s what [Boeing simulator engineer] thinks is happening.
Flight Technical Pilot: Oh great, that means we have to update the speed trim description in vol 2
Forkner: so I basically lied to the regulators (unknowingly)
Flight Technical Pilot: It wasn’t a lie, no one told us that was the case.

Forkner may not have known at the time of the briefing but he knew now. He contacted a Boeing senior engineer to clarify the situation. The engineer confirmed that MCAS was no longer limited to operating only during high-speed, wind-up turns.

That same day, Forkner had a meeting with a member of the FAA Aircraft Evaluation Group. The FAA employee asked him about the simulated test flight.

Forkner failed to mention anything to do with the MCAS.

Two days later, the Aircraft Evaluation Group sent Forkner a draft of the forthcoming 737 MAX FSB report. The report determined that that the 737 MAX training level was Level B.

Forkner responded to the report with edits. He did not tell the FAA that MCAS operations were no longer limited. Instead, he recommended that the FAA remove all references to MCAS as unnecessary.

“We agreed not to reference MCAS since its outside [the] normal operating envelope.”

The FAA Aircraft Evaluation Group accepted his recommendation, still confident that MCAS would only operate at high speed wind-up turns and thus was not relevant to normal flight operation.

Every reference to MCAS was deleted from the 7t7 MAX FSB Report. The report was published on the 5th of July 2017.

Forkner emailed a copy of the report to representatives of the major US-based airlines, which highlighted that the FAA Aircraft Evaluation Group had issued a Level B difference-determination.

As MCAS had been removed from the FSB Report, it was equally not mentioned in any of the Boeing manuals and pilot-training materials. There was no way for the airlines to know it existed.

Boeing received the 737 MAX sales that they were hoping for but under false pretences: if the truth about MCAS had come out, the difference-determination would have almost certainly been higher than Level B.

In July 2018, Forkner left Boeing. A few months later, on the 29th of October 2018, Lion Air flight 610 crashed shortly after takeoff and it quickly became clear that MCAS was operating in the moments before the crash.

The FAA Aircraft Evaluation Group realised that MCAS was no longer limited to high-speed wind-up turns and that it could operate at speeds much, much lower than Mach 0.7.

Boeing issued a press release blaming the faulty AOA sensor and the pilots. They also released an urgent bulletin to all 737-8 and 737-9 pilots.

The FAA Aircraft Evaluation Group began to review and evaluate the actual operation of the MCAS but it must be said that the indictment does not mention the FAA’s vocal support of Boeing, despite the growing realisation that they’d been lied to. Nor does it mention Boeing’s initial blaming of the faulty AOA sensor and the pilots. Boeing also released an urgent bulletin for all 737-8 and 737-9 pilots.

On the 10th of March, 2019, Ethiopian Airlines flight 302 crashed near Ejere shortly after take off. Again, it quickly became clear that MCAS was operating in the moments before the crash.

The indictment glosses over the FAA response:

Shortly after that crash, all 737 MAX airplanes were grounded in the United States.

Actually, initially the FAA announced their support for Boeing. In response, aviation authorities grounded the aircraft and banned it from their airspace. Boeing stuck to their guns, arguing that MCAS was “under the hood” and that pilots did not need to understand or even know about it for the safe operation of the aircraft. The two accidents, said Boeing, were not linked.

It was four days after the crash and the Boeing 737 MAX had effectively been grounded around the world when the FAA announced that they were in possession of new evidence linking the two crashes. On the 14th of March, the FAA released an emergency order of prohibition against the operation of Boeing Company Model 737-8 and 737-9 by US certificated operators.

But going back to the indictment, the charges are focused on Forkner’s part in the deception, as it was Forkner, in his role of Chief Technical Pilot, who was responsible for provising the FAA with “true, accurate and complete information about the differences between the 737 MAX and the 737 NG. From the point when Forkner received the draft report, he’s accused of having actively deceived the FAA Aircraft Evaluation Group about the status of MCAS.

The interstate wire fraud, by the way, are four invoices that Forkner “knowingly transmitted and caused to be transmitted” to the two US-based airline customers for the Boeing 737 MAX.

“There is no excusing those who deceive safety regulators for the sake of personal gain or commercial expediency. Our office works continuously to help keep the skies safe for flying and protect the traveling public from needless danger. Today’s charges demonstrate our unwavering commitment to working with our law enforcement and prosecutorial partners to hold responsible those who put lives at risk.” –Inspector General Eric J. Soskin of the U.S. Department of Transportation

You can download the Forkner Indictment (PDF) from the justice.gov site.

The Chicago field offices of the FBI and the DOT OIG (Department of Transportatoin Office of Inspector General) are investigating. The Criminal Division’s Fraud Section and trial attorneys from the US Attorney’s Office for the Northern District of Texas are prosecuting.

Based on the details presented in yesterday’s indictment, it seems that as Chief Technical Pilot, Folkner had very specific responsibilities to the FAA and to the airlines, much as we would regard the captain as responsible for his aircraft and the passengers within. Based on the evidence represented in the indictment, it is alleged that not only did he neglect to share the details after he knew that MCAS would operate under normal flight conditions, he actively encouraged the FAA to remove all references from the report in order to protect the Level B determination.

However, even if every allegation is proven, the man could not and did not act alone. We’ve looked at systemic issues at airlines and maintenance organisations before and it seems very clear that there was a company culture issue at Boeing which led to this whole tragedy. I will be very disappointed if the Department of Justice does not continue to investigate Boeing.