The Spiders Are Plotting Against Me

I joke about a fear of landing but there’s a more serious thing that I fear.

Ever since my son was born, I have tried to repress this fear, worried that I would pass it on to him. When he was a toddler, I saw his reaction when I screamed at a spider in the bedroom. “If my parent is scared of this little thing, why then it must be horrible!” Since then, I have tried my best to be brave.

So when I noticed a web in the garden, I got my camera to document it. 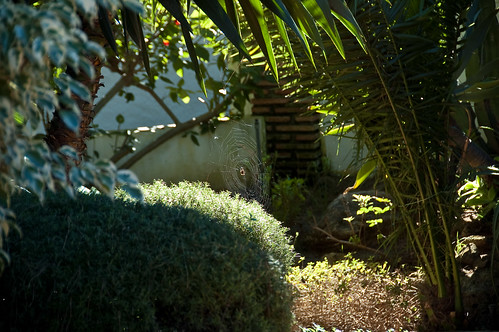 The huge spider web stretched from one of the trees to the rosemary bush. I was intrigued and took a photo. The web was broad and with large gaps, too big, it seemed, for any of the midges or mosquitos around here. I wondered what the spider was hoping to catch. 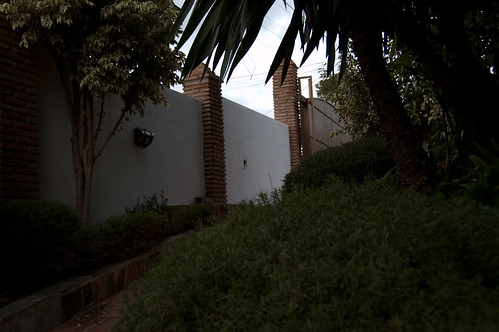 The next day, I found another web, stretching across the path. And then a third, across the stairway leading to the pool. It started to feel like the spiders were cutting off all the exits from the house. I went out to take photographs of the webs.

The spiders crawled down from their hiding places to watch me. I retreated. 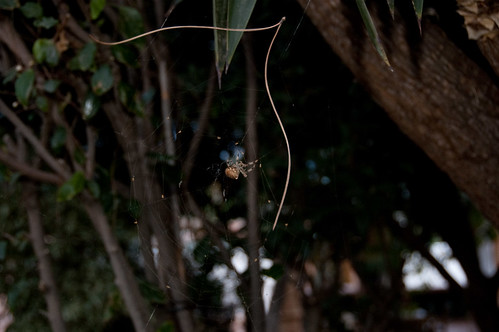 I swore at myself for being such a wimp and I went back out to take more photographs at dusk. This time the spiders were perched on the centre of the webs, waiting patiently. One waved a foot at me while I took its photograph. I started to back up but found myself worrying that I’d back into another web. A pine needle fell from the tree and landed in my hair. I screamed so loudly, I suspect they heard me all the way on the coast of Africa. 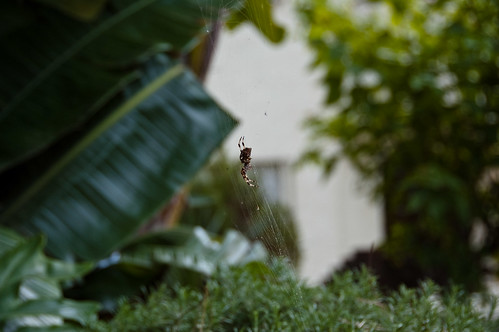 I hid under my blankets for the rest of the evening. 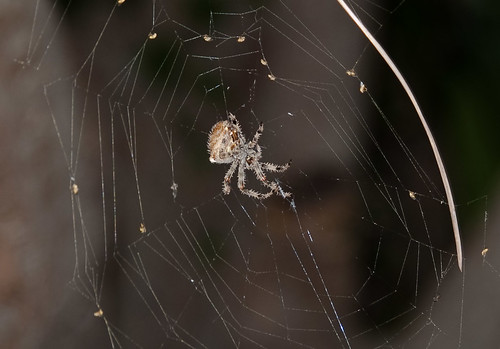 Google tells me that it’s likely that the spiders are European garden spiders (Araneus diadematus) . Wikipedia assures me that they are not prone to attack. But it’s not being bitten that I’m worried about. 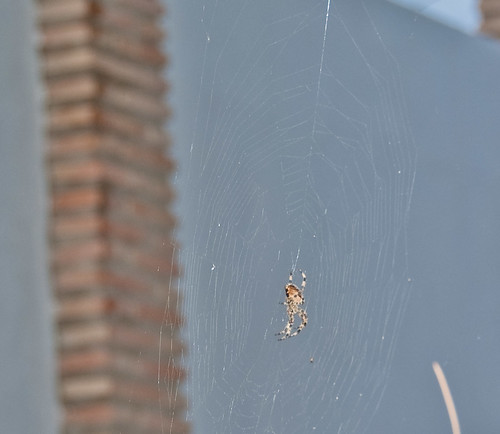 They wait, hanging in the centre of the web, for any prey to blunder into their web at which point they wrap it in silk and eat it. One spider could clearly not take on a 4’11" overweight German-American woman in her 40s. But if they ganged up on her… with webs in every direction …. maybe? 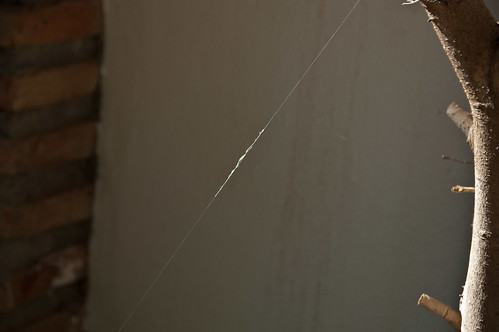 Today I saw the start of a web on the office window. I think they are coming after me.