So there’s been an influx of headlines about Malaysia Airlines flight 370. The real news is that Malaysia, China and Australia have agreed that the current search is to be completed, after which they will suspend the search.

Consistent with the undertaking given by the Governments of Australia, Malaysia and the People’s Republic of China in April last year, 120,000 square kilometres will be thoroughly searched. In the absence of credible new information that leads to the identification of a specific location of the aircraft, Governments have agreed that there will be no further expansion of the search area.

The families of the victims were notified of this and then the media circus began.

The other news is that the aircraft debris found in June off the coast of Tanzania is now in Australia and being inspected. 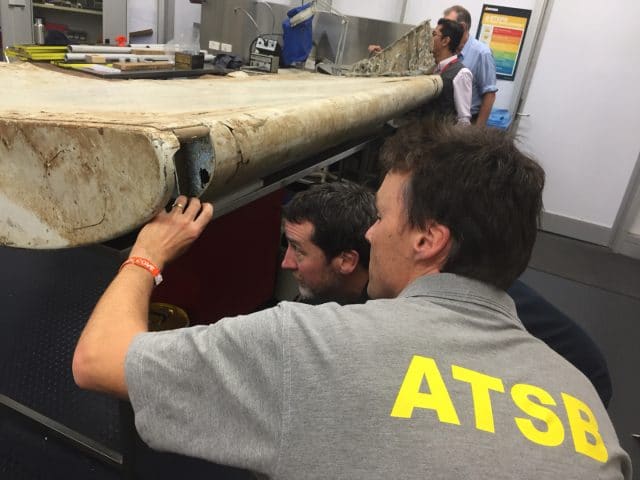 I was quite bemused by the prevalent headlines announcing that the aircraft may have glided down in its final moments. This is not new news; I wrote about it in my (free) book on the mystery… in April 2014. Then headlines began to appear about the pilot’s home simulator and that he may have practised the route – which I also wrote about (and debunked) two years ago. So why is this suddenly news now?

Top searchers at the Dutch company leading the underwater hunt for Malaysia Airlines jet MH370 say they believe the plane may have glided down rather than dived in the final moments, meaning they have been scouring the wrong patch of ocean for two years.

The implication here is that Fugro, who are leading the search, have changed their mind about the search area. This startling revelation is backed with a great quote.

“If it’s not there, it means it’s somewhere else,” Fugro project director Paul Kennedy told Reuters.

Fugro swiftly published a press release to clarify their stance.

Fugro wishes to make it very clear that we believe the search area to have been well defined based on all of the available scientific data. In short, we have been thoroughly looking in the most probable place – and that is the right place to search.

Meanwhile, Byron Bailey seems to be the main voice behind the heightened interest in the captain’s simulator. Mr Bailey firmly believes that the captain of MH370 must have hijacked the aircraft. I’ve written about his fact checking before in The Latest Embarrassing Attempt to Prove MH370’s Pilot Hijack.

Now again: I do not know if the captain maliciously diverted the aircraft. What I do know is that Mr Bailey’s article at the time relied on information which were simply untrue and I clarified the points he made which did not rely on facts.

I realised that there must be something new happening when he left an obscure comment on my previous article, so I went to see what new information there was.

I found a new press piece by the Australian Transport Safety Bureau about the article by Mr Bailey, which actually deals with the issues better than I could.

An article published in The Australian today by Byron Bailey in relation to the search for MH370 contains inaccurate information and false assertions. In the interests of providing a transparent and accurate account, the ATSB considers it necessary to correct the record.

Firstly, Mr Bailey claims that the company contracted by the ATSB to conduct the search, Fugro, believes they are looking in the wrong place. In fact, Fugro has publicly denied this claim and issued a statement to say:

Fugro wishes to make it very clear that we believe the search area to have been well defined based on all of the available scientific data. In short, we have been thoroughly looking in the most probable place – and that is the right place to search.

Mr Bailey also claims that FBI data from MH370 captain’s home simulator shows that the captain plotted a course to the southern Indian Ocean and that it was a deliberate planned murder/suicide. There is no evidence to support this claim.

As Infrastructure and Transport Minister Darren Chester said in a statement, the simulator information shows only the possibility of planning. It does not reveal what happened on the night of its disappearance nor where the aircraft is located.

While the FBI data provides a piece of information, the best available evidence of the aircraft’s location is based on what we know from the last satellite communications with the aircraft. This is indeed the consensus of international satellite and aircraft specialists.

Mr Bailey continues to incorrectly claim that the ATSB rejects any possibility that MH370’s disappearance was the result of a person taking control of the aircraft. As the ATSB has previously stated:

For the purposes of its search, the ATSB has not needed to determine – and has made no claims – about what might have caused the disappearance of the aircraft. For search purposes, the relevant facts and analysis most closely match a scenario in which there was no pilot intervening in the latter stages of the flight. We have never stated that hypoxia (or any other factor) was the cause of this circumstance.

Mr Bailey also states that during his experience with a B777 simulator, if the crew were unresponsive, then on second-engine flame-out due to fuel exhaustion the autopilots would disconnect and the aircraft would enter a terminal dive at 1200 km/hr. In fact, extensive testing on Boeing’s (the manufacturer of the missing Boeing 777) simulator shows that after running out of fuel, the aircraft actually stays airborne for several minutes and descends at various rates in a “fugoid”(or wave-like) motion.

It is disappointing that Mr Bailey continues to make false accusations and inaccurate statements in relation to the search for MH370. To determine the search area, the ATSB has worked closely with international experts in satellite communications, aircraft systems, data modelling and accident investigation. This includes specialists from (and who draw on the broader expertise of) the following organisations:

The ATSB’s correction to Mr Bailey’s previous article from 18 January 2016 can be found on this page.

The ATSB has met, on a number of occasions, with the family and friends of MH370 passengers and crew, both in Australia and in Malaysia. Of further concern to the ATSB is the intense personal impact that claims such as Mr Bailey’s has on those who are suffering as a result of this tragedy.

The problem here is that there is no new information. It’s frustrating, of course, and I know also hard to believe that with all the effort and resources over the past two years, we still have not solved this mystery.

It may have been a hijack. It may have been a malicious diversion. It could have been almost any of the sixteen possibilities I outlined two years ago. OK, no, it was probably not abducted by aliens and it clearly did not land on Diego Garcia. But there are a number of possibilities and theories about what happened which all need more information in order to allow us to confirm or deny.

We shouldn’t simply decide, let’s just guess what happened to this aircraft because we are tired of waiting for hard data. There is a myriad of possibilities, some more likely than others.

This is the greatest mystery of our century and it is painful to have to accept that we may never know what happened. Cherry-picking information and reciting false information in order to force an answer doesn’t solve anything and it helps no one.

So let’s go back to real news, shall we?