This photograph is so remarkably perfectly timed, I thought it must be a still from an action movie or television series, done with special effects. 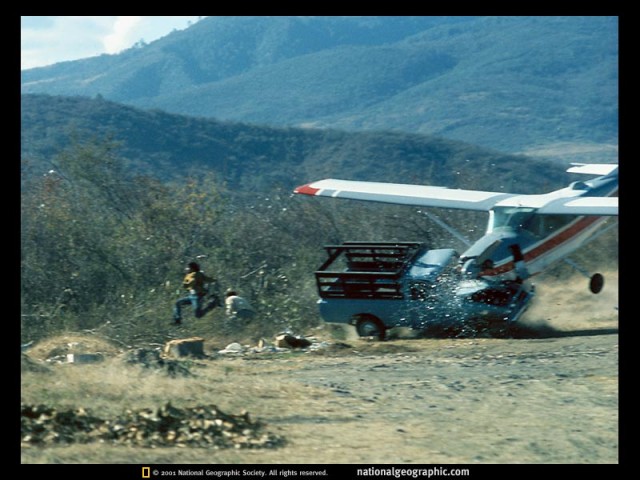 It turns out it’s absolutely a case of impeccable photography by Mr Robert W Madden, who was at the right place at the right time and managed to frame the shot perfectly.

It was taken in Guatemala in the aftermath of a magnitude 7.5 earthquake which struck Guatemala City on the 4th of February 1976.

It was 3:04 a.m. when the first large tremor, centered six miles under the Earth’s surface 120 miles northwest of Guatemala City, struck. The quake was the result of a clash between the Caribbean and North American plates on the Motagua Fault. In a matter of minutes, about one third of the city was destroyed. All over the city, sleeping residents were crushed and killed when their weak adobe homes collapsed on top of them.

Immediately, efforts began to rescue the thousands of people buried beneath the rubble. Many people could not be saved, as it was extremely difficult to get help to the city. The roads and bridges leading to Guatemala City had been extensively damaged. Thousands of those people lucky enough to be pulled out alive suffered broken backs and pelvises. It is estimated that more than 70,000 people suffered serious injuries. The U.S. Air Force assisted by airlifting food and medicine into the area. With all the available hospitals filled beyond capacity, the United States also set up a field hospital in Chimaltenango. The number of deceased overwhelmed the authorities, so communal grave sites had to be established. To make matters worse, strong aftershocks followed for an entire week, terrorizing the survivors, who were staying in improvised shelters. 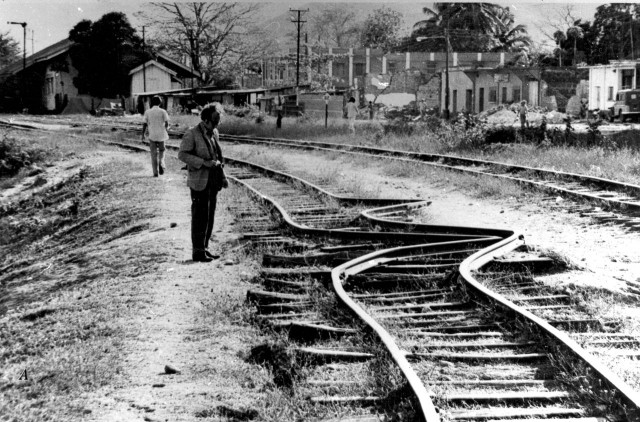 Bob Madden worked for National Geographic magazine and was in Guatemala covering the rescue and recovery operations. He had apparently just disembarked from another aircraft and was standing on the highway near Sanarate.

The rescue plane was bringing food and medicine to the quake victims. It was trying to land on the highway when it got caught in strong crosswinds.

Amazingly, no one was seriously injured. The two men on the left of the photograph leapt from the pick-up truck just before the crash, adding an undeniable personal aspect to this unbelieveable photograph of the aircraft impacting the truck. 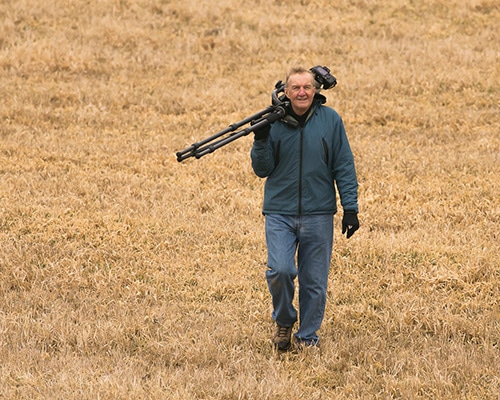 Bob Madden has a great photography blog with tips and tricks as well as the opportunity to join him on a photo safari or photography workshop. In a post about patience, he has a published a number of his best photographs where he cites the amount of time it took him to get the photograph. Most of them are quite long: 15 days, five months, four hours. Underneath the photograph of the plane crash, however, it simply says Two seconds!.

It’s a brilliant example of how skill and instinct can make all the difference when you are in the right place at the right time.

I wasn’t able to find anything out about the plane or the pilot, although I did discover that you can buy a greeting card of the photograph. I have to admit, I’m not sure what the appropriate occasion might be.