What I Was Doing While I Wasn’t Here

Well, it’s been a busy but exciting week here!

First off, I was interviewed by Dave Goodwin for PlaneViz, a brilliant weekly aviation podcast. You can hear Dave and me discuss planes, crashing, Tokyo and TCAS in Why Planes Crash Author Sylvia Wrigley – Ep. 15.

Dave: When I read about airplane crashes or incidents I almost always learn something from them, and I wonder if something like that were to happen to me while I’m flying, would I recall it and not do what those people did?
Sylvia: Yea. There was another instance- which will come up in a later book, because I’m slowly working through 2001 to current day- where it’s similar. They’re hearing a rattling and they basically, both pilots seemed to get very paranoid about, ‘What is that?’ And they end up shutting down both engines where it was an air conditioning issue. And, you know, there was never a problem with either engine. And this worry about, ‘I don’t want to be running a bad engine,’ or ‘There’s something going wrong, I better shut this off.’

It was great fun to talk to Dave. Pop on over and take a listen: PlaneViz – Episode 15

The wonderful Anna Damski has joined me on Facebook as an admin for the Fear of Landing page. That means more great links and discussions on interesting and intriguing aviation subjects. Over on the page, she told us a little bit about herself:

I flew as BA Cabin Crew in the ’80s, initially on Tridents (yes I’m that old!), B737s and B757s, then switched to the Tristar L1011 flying longhaul, and finally the B747, managing the inaugural flight of the -400 series to Auckland before going off on maternity leave and hanging up my wings for good. I went into BA’s Safety Training Dept. at Cranebank, training pilots and cabin crew in aviation safety and the early days of CRM. I was put in charge of B777 safety training and got to help Boeing carry out evacuation demonstrations as part of the aircraft’s airworthiness certification, which was a real highlight of my aviation career. While I never learnt to fly, I did get to ‘fly’ many of the simulators at Cranebank and sometimes sat in on pilot conversion training. Although I left BA in ’99, my interest in aviation, especially as it related to safety, has never waned.

I’d love it if you’d visit the page Fear of Landing on Facebook to tell Anna hello and introduce yourself!

Audible are promoting the audiobook version of You Fly Like a Woman, narrated by Molly Elston.

They have sent me five Audible.com codes in order to give away five free copies of the audio book version of You Fly Like a Woman! So if you are an Audible.com user (you don’t have to have a subscription) then you could win!

All you have to do is join the Fear of Landing mailing list. That will mean that you get my Friday posts in your inbox every week and a chance at an early reviewers copy of Crash 2002 at the end of the year.

The next five people who sign up will receive a code to redeem a free copy of the hour-long You Fly Like a Woman audiobook – so if you’ve already heard it, you can always forward the code to a friend.

I was lucky enough to watch the airshow from the tallest building in Wales, which made for an AMAZING view. Here are a few of my favourites shots: 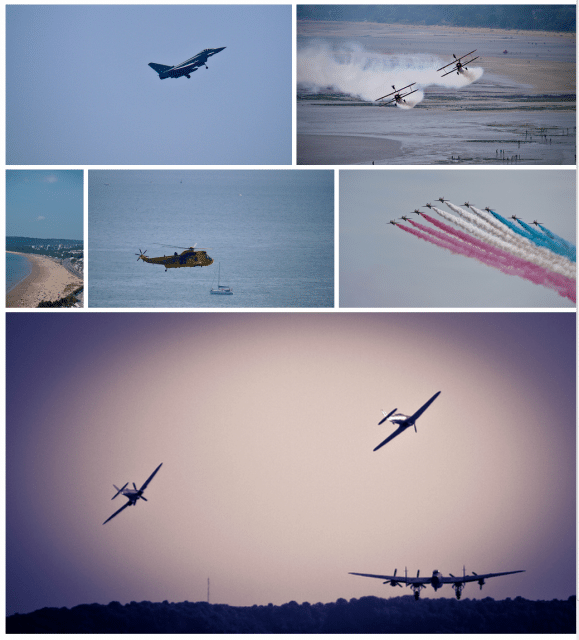 So, all in all an exciting week, although not much writing got done. I’ll make up for that next week, I promise!