When I’m not flying, I like to look at all the places around the world I could go, if I were flying. And today, that led me towards looking at Air Traffic Control towers around the world. These are my ten favourite towers, along with one bonus disused tower which doesn’t exactly inspire confidence.

The easy place to start is the towering tower at Suvarnabhumi International Airport. This is the tallest free-standing control tower in the world at 135 metres (445 feet). But if the lift breaks, wow, that’s a whole lot of stairs to climb. 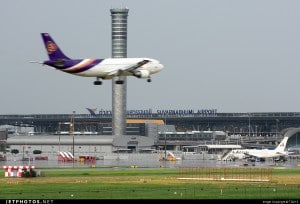 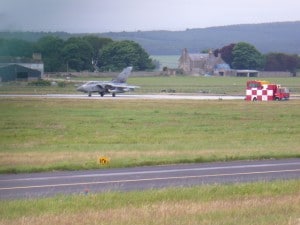 This beautiful tower at Al Maktoum International Airport isn’t as tall as Bangkok’s, but it is the tallest freestanding tower in the Middle East. It isn’t officially open for passenger flights until October of this year but it’s planned to be the world’s largest passenger and cargo hub. 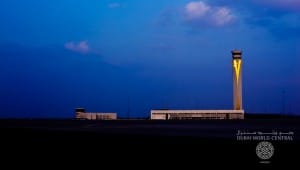 I admit it, I seem to have a thing for Air Traffic Control Towers that look nothing like Air Traffic Control towers. This one is in West Wales, at Aberporth airport, which is focused on drone research. The caption says that the tower is the home of John, the friendliest controller in the UK. 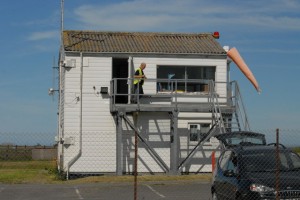 Need an Air Traffic Control Tower in a hurry? These Rapid Deployable ATC Towers look really useful! These self-contained units are transported by C-130 and C-17s and can be set up within an hour. 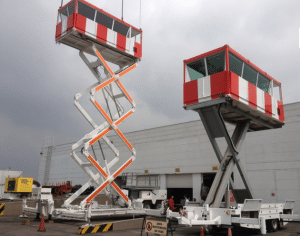 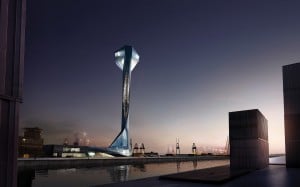 OK, this isn’t beautiful by any stretch of the imagination but I love it anyway. It looks like a giant robot. Also, this video of the window cleaners made me think that would be the funnest job ever.

This gorgeous red and white checked tower was designed to be visible from a distance. They sure have achieved that – it’s stunning! It’s also the highest tower in India at 83 metres / 272 feet. 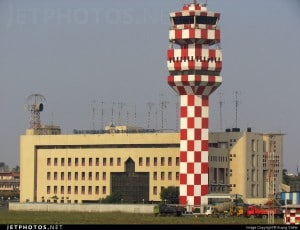 The actual tallest-in-the-world control tower (not freestanding) is this one at Vancouver Harbour in Canada. It’s actually a relatively small tower …placed on top of the 142 metre / 466 foot skyscraper. Very clever! 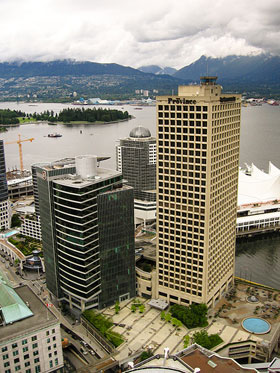 I love this tower at RAF Prestwick more than any other tower in the world. Sadly it is gone: it was in use from 1943 to 1962 and then torn down when Prestwick Airport expanded. 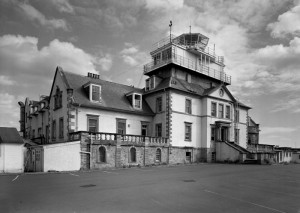 And finally, in the “seen better days” department, we have Wingleigh. This ATC tower in North Devon doesn’t seem like it would be very useful for plane spotting. The aerodrome closed in 1945. Apparently the tower is now being used as a sheep pen. 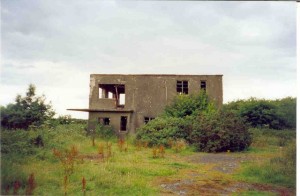