Ten Things You Should Know Before Flying to Morocco

It’s my birthday today! So I’m going to take the day off and sit in the sun and do absolutely nothing for the first time in what seems like forever.

I’ve pulled these posts out of the archives for you. A few years back, Cliff gave me the most wonderful surprise for my 40th birthday.

I squinted and realised it was still dark. The automatic shutters act as my alarm clock but they weren’t due to rise for another half an hour. I ignored him and rolled over. 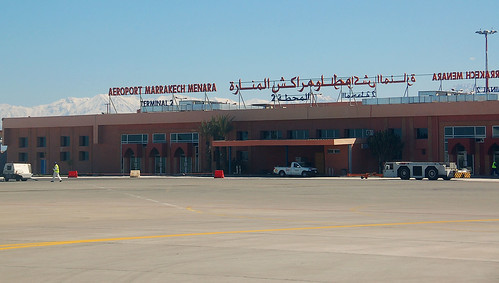 I’ve talked about going there for years and even got so far as to investigate places to stay once, but always something got in the way and Cliff was never that bothered. Now I was finally going to go to this place I’d heard so much about. I was going to Marrakesh!

“Head towards the mosque,” seems to be the start of all directions in Marrakesh. Even if you don’t ask for directions, they point you that way, telling you that you should go to the square. The Koutoubia mosque and the Djemaa el Fna square are the centre of the world.

During the day, the centre of the square is open and the dancers and snake charmers and henna artists do their best to talk you into handing over your wallet, the seedy underside of tourism. At night the square changes completely. The centre fills with tented stalls. As the sun goes down, the place turns into a huge restaurant with a different delicacy in every direction. Uncovered light bulbs combine to light up the square. At the edges flames rise from large grills covered with sausages and kebabs. Further in there are smaller stalls offering a single dish: Sheep’s head, snails, soup. I’m intrigued by a man at a tiny little counter who is offering egg sandwiches, literally smashing a hard-boiled egg into a piece of flatbread for his customers. Young men speak to us incessantly, eat here, eat with us. One zeroes in on me, separating me from Cliff, perhaps assuming that once Cliff has paused to find me, he’ll choose that stall for our dinner. I push forward, annoyed. The others are less aggressive, an inconvenience that one puts up with, like the flies buzzing around us. They entreat us in French and English and German, trying to spot which language we speak. “Your eyes are beautiful,” says one to me and my blush gives me away. Cliff looks longingly at a stall offering only the sheep’s head but I am too cowardly. I drag him towards one of the larger places with a make-shift kitchen set up, food stacked high. They have real tables and a laminated menu.

The guys from the stall stand around us, pushing menus into our hands and hustling us to a table, Cliff has no chance to object. As we sit down, a big bowl of bread appears with two small bowls for dipping. A small bowl of olives. A large bottle of water. These all show on the menu as an extra charge, it’s quickly obvious that the meal will not be as cheap as it had originally seemed. We aren’t bothered. We dip our bread into our respective bowls: mine is filled with crushed tomato and paprika and onion, Cliff’s is red peppers and spicy, some form of harissa. We dip into each other’s bowl and, content, begin to order in earnest. Moroccan salad (tomato and onions) and grilled peppers and some more bread to share. Cliff blindly orders something called Tanjia, without bothering to ask what it is. I play it safe and ask for lamb and chicken skewers. No alcohol here, we get cans of diet coke and keep the large bottle of water to share.

After the delicate appetisers, I’m disappointed when my skewers arrive, piled onto a plate with a bit of plain couscous. The meat is dry and to be honest, the flavour is rather boring. Cliff gets the better dish, as usual, the scent of lemon and garlic pushing its way to my side of the table. He smiles as he reaches into the small bowl, pulling out a small joint of mutton stained yellow with saffron.

A woman and toddler walk past us, she is selling items to tourists but we are mid-meal and she is gracious enough not to bother us. Her toddler takes one look at Cliff and stops. He grabs a packet of tissues from his mothers box and hands it towards Cliff, who has broth and grease all over his fingers. Cliff gratefully accepts the tissues, the restaurant doesn’t offer napkins and his Tanjia is not very easy to eat. Once he’s wiped himself down he gives the child a two euro coin. The mother accepts it and flashes us a smile before working her way to the next food stall.

We’re surrounded by movement and laughter and shouting, my food goes cold as I stare. The smoke blows in circles, wisping different scents across my nose every few seconds. Tourists weave their way through the stalls, the Moroccans circling them, insisting that their food or tea or air conditioning (a menu waved in your face) is the best in the square. “You look at the others but you come back to eat here, yes? You promise? Promise me!” Children dash around in packs.

A small boy, five or six, comes up to me and looks longingly. I give him a half-smile and he points at my can of diet coke. “It’s empty,” I tell him and turn the can over so that he can see. He stays where he is, not a glimmer of disappointment in his eyes. I keep half an eye on him as he plays with the pole next to me, two pieces of plastic in his hands that he’s flipping against it. He flips one harder and it lands on my handbag. He stands too close to me. I hand him the piece of plastic back and zip up my handbag. He watches me with lifeless eyes. I move the handbag onto my lap and turn away.

Half an hour later, after we’ve finished the meal, I see a man shouting and chasing a crowd of boys out of the restaurant area. He is kicking out – one foot connects with a boy’s bottom, causing an extra burst of speed in the little one. The tourists sitting next to us tut unhappily but I recognise my little friend in their midst. “I don’t know what they were trying to nick but they got caught,” says Cliff. We pay for our meal, less than a McDonald’s lunch would cost, and make our way back home.

This was also our first time taking the Saratoga outside of Europe. Despite the last minute nature of the flight, I thought I was prepared – Morocco is described as the most European of the African countries and I’d read up on it before. But that didn’t save us from a healthy dose of culture shock.

Upon our return, I wrote this list of ten important facts that Wikipedia neglects to mention:

I’m hoping to return to Marrakesh this summer – I’m longing for another dinner in Djeema and I need to restock my stash of spices and Moroccan tea. This time I shall hopefully be a little bit better prepared!

PS: One of the photographs I took for the Dinner in Djeema post was chosen as Photo of the Day by Gadling last year: Photo Of The Day: Djemaa El Fna Market, Marrakesh | Gadling.com.