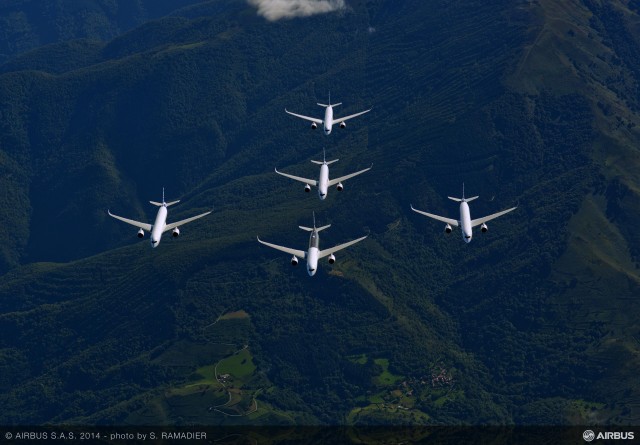 The A350-900 Type Certification comes after successfully finishing a stringent programme of certification trials which has taken its airframe and systems well beyond their design limits to ensure all airworthiness criteria are fully met.

The A350 XWB (Xtra Wide-Body) is the first Airbus to have a fuselage and wings made primarily of carbon-fiber-reinforced polymer. The A350-900 series seats 314 passengers nine abreast and has a range of 14,350 kilometres, almost the distance from New York to Brisbane.

Airbus say that the A350-XWB is 16% lighter manufacturer’s empty weight (MEW) per seat and uses 25% less fuel. The A350 is expected to enter service by the end of the year. 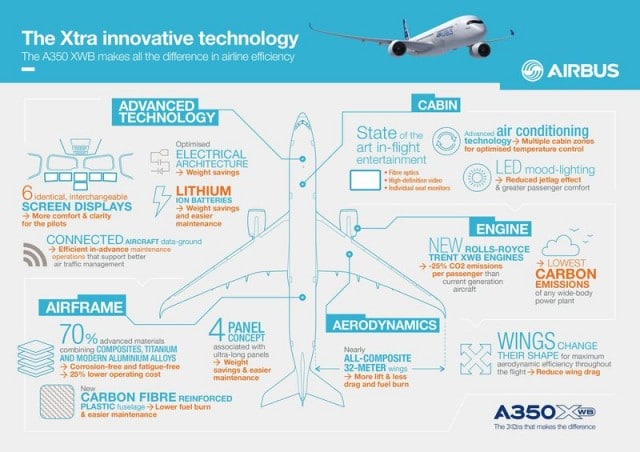 The prototype A350 first flew on 14 June 2013 at Tolouse-Blagnac Airport in France. Now, just over a year later, the A350 hyas its type certification.

The test aircraft collected over 2,600 flight test hours over 600 flights. As a celebration of the type certification the five A350s performed a formation flight at the end of their programme.

It is usually much too expensive for commercial aircraft to be used for formation flying so this is quite a sight to behold.

The video was filmed using a sixth aircraft, a Corvette, which chased the five A350-XWBs.