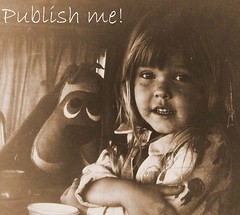 Edit: see the comments for a direct response from Zazzle.

I’m starting to think about the details now and who to target with the descriptions.

I decided some queries in the US would help to gauge interest in flying around British islands.

I realised that the first thing I needed was US postage stamps for stamped self-addressed envelopes. I thought it would be cute to use the new service I’ve been hearing about to make stamps out of your own photographs.

I chose a sufficiently pitiful picture, added some text and was ready to go.

I started with Zazzle, the service tied into Flickr, but when I tried to fill in their form I kept getting an “unexpected error” and I was advised to click my back button and try again.

Has this advice ever actually worked for anyone?

I tried to debug it briefly, then gave up and went to the USPS web site. They won’t sell to you direct but they did give a few authorised dealers in addition to Zazzle.

No joy, all of them specify US-only. I sent a pleading “you will post to military bases abroad, why won’t you post to me!” email to one of them but received a standard response telling me how wonderful their service was … for people resident in the US.

OK, so back to Zazzle. I mailed them regarding the error I was receiving and received a prompt reply asking me to check my security settings and various other browser issues.

I mailed back stating that I had checked everything again to be sure but there did not seem to be a local issue. I tried on two different browsers on three different machines and although the snazzy “design your stamp” scripting worked great, as soon as I tried to place the order, it went belly up.

I received a response from someone who had clicked that I was not in the US and said, quite firmly, that the offer was only available to US residents.

Now, I know peop;le do this. I didn’t have the issue with the other companies I checked that told me that they would only ship to the US.

I have HUGE issues with a company that:

1) has an FAQ that specifically states that they ship internationally . I am lightly amused to note that since I blew up at them, there has been an attempt to fix it. It now says:

For information on shipping rates for all other products, select your destination:

Other International continues to say that they ship to 67 countries internationally.

2) has a form that gives an “unexpected error” if you select a country other than the US. Who codes this shit? So those of you who thought, “ooooh, but they said they ship other products internationally” when you read the above bit, note that you can’t actually place the order.
and finally,
3) Can’t imagine that my life isn’t centred on the US
I am upset that, because I believed the bit on the website about shipping internationally, I wasted a few hours in hopes of purchasing something that you won’t sell me.

To then say, “but it’s not really a problem, just have it sent to a friend in the US and they can forward it to you” is not particularly helpful.