Horseplay in a Lockheed C-141 Starlifter

The Lockheed C-141 Starlifter is a strategic airlifter: a cargo aircraft specifically used to transport personnel or materials over long distances. This military aircraft has appeared in every US conflict from Vietnam to Afghanistan. 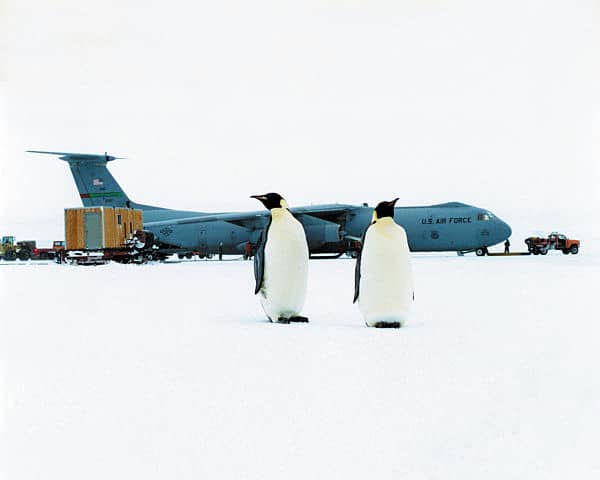 It’s a big, well-stacked, beautiful plane built for comfort, not speed. (A lot like me, actually!)

So I was excited to find that a former C-141 pilot has made an excellent website celebrating the aircraft: C141HEAVEN – All there is to know, and lots more, about the Lockheed C141 Starlifter! This wonderful resource focuses on a single aircraft but with a wide remit, including personal recollections from pilots, historical documentation, newspaper articles and videos.

If you know me, it’ll come as no surprise to know that I was fascinated by the C-141 Lifetime Mishap Summary on the site. This is a wonderful report by Lt. Col. Paul M. Hansen, who developed the historical synopsis as a flight safety initiative to familiarize current C-141 crew members with the C-141 mishap history.

Paul Hansen has written fascinating briefing and I highly recommend reading the whole thing. This excerpt from Hansen’s briefing is, as far as I know, the only official incident which was caused by by a cigar in the cockpit.

Synopsis: The highly experienced crew was returning to base from a stateside airdrop mission. During some horseplay, cigar ash was introduced into a crew oxygen hose. The resulting oxygen-fed fire ignited floor coverings and filled the cockpit with dense sooty smoke. After some difficulties, the crew was able to recover the aircraft with only minor injuries.

Returning from Pope to Norton after an airdrop mission, the pilot in the left seat decided to light a cigar.

The jumpseater smelled the smoke and selected “Emergency” on the oxygen regulator. When that didn’t help, he removed the mask to clear the smoke. When he disconnected the mask from the regulator hose, a “2-foot” sheet of fire leapt from the hose. It ignited an oxygen-fed fire that spread to the flooring.

To put out the fire, the left-seat pilot shut off the crew oxygen system. At about the same time, the engineer while switching to “MAX” airflow, inadvertently hit the bleed duct overheat test switch, shutting off the engine bleed valves and disabling the air-conditioning packs. The crew started a descent but soon became hypoxic.

The crew oxygen system was again turned on. The fire reignited with a fireball large enough to melt components on the Flight Engineer’s panel.

The crew eventually extinguished the fire, reset the bleed valves, and recovered to the nearest military base. Members of the crew suffered only minor injuries (but major embarrassment).

I recommend reading the full briefing as well as having a look around the rest of the C141 HEAVEN website. In one incredibly touching blog post, Mike Novack tells how he managed to return the ID tags to the wife of a pilot who crashed in 1975, after the Parks Service had failed to find the family. The website is still being updated and is a fitting testament to an exceptional aircraft.