On Wednesday, the news hit the headlines that a newly discovered photograph could show Amelia Earhart in Japanese custody. The photograph, apparently taken by a US spy in the 1930s, shows what appears to be a seated woman with rough curly hair. The location of the photograph is given as Jaluit Atoll on the Marshall Islands, which were at the time held by the Japanese. A figure on the left could possibly be Fred Noonan, her navigator. And finally, on the right of the photograph is a blurry something which apparently could possibly be their Elektra. 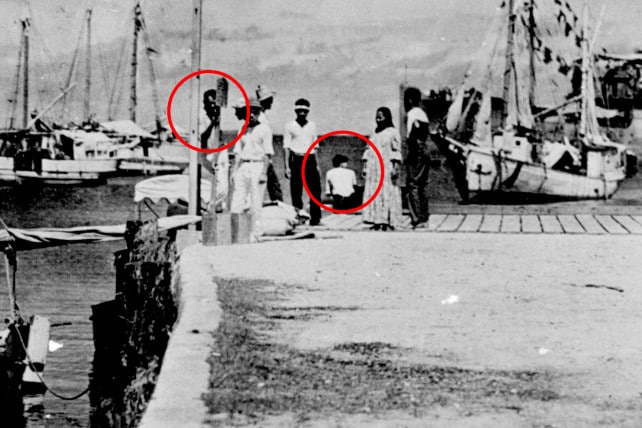 The photograph has been released by the History Channel to draw attention to their documentary about Earhart, Amelia Earhart: The Lost Evidence.

There’s a preview of the show here (if you reading this in an email client, you will need to click through to see the post in a flash-compatible browser to view this):

I wrote about Earhart’s last flight as a part of my quick aviation reads series on Amazon (see the self-promotional blurb below) and as a result, I met Chris Williamson, who is working on an interesting podcast and documentary on the subject, Chasing Earhart.

In fact, we had a long chat just the other day about some of the technical issues of Earhart’s last flight. So I was quick to contact him to ask if he’d write something for us about the photograph. Here’s what he had to say.

Wednesday, July 5 th was an interesting day. Like most of the world, I awoke to the news that Amelia Earhart & Fred Noonan may not have died as a result of a plane crash and may not have died as castaways on a remote island. But in fact, one of the oldest and most interesting hypothesis’ ever put forth regarding their fates may in fact be true. Les Kinney, Dick Spink and Shawn Henry as part of their upcoming History channel release titled Amelia Earhart: The Lost Evidence gave the world a sneak peak at a photo that was buried deep in the National Archives and recently uncovered by their team. A photo which may, in fact turn the tide of the Amelia Earhart case forever.

For my team, and myself it’s an interesting and thought provoking find. Why was this photo buried so deep? Was it intentionally done, or was it simply tossed in a random file decades ago without a second thought? Is the photo real? Could it have been doctored in the past 80 years? What work will be done to further authenticate the photo and perhaps, push forward? Whatever the answer is, this new find opens up a whole new batch of questions and gets the entire world talking again.

But perhaps they have never stopped talking about Amelia Earhart? People go missing all the time. Why does Amelia Earhart continue to capture the attention of the entire planet 80 years after her disappearance? I get that question a lot; and it is one that I ask everyone that I interview for the Chasing Earhart project. Every time I ask that question, I get a different answer; a different perspective on why the Earhart case continues to enthrall anyone that researches it. Perhaps the reason is that as a people, by nature, we love a mystery. The fact that so many different folks have tried to crack this case continues to bring in new and fresh faces eager to stake their own claim. Perhaps it is the fact that we are dealing with a man and woman that were considered by many to be a phenomenal team; experts in their respective crafts that simply disappeared. Vanished off the face of the earth.

But maybe, in the end, it is what it has always been. Amelia Earhart was a pioneer; an icon and a hero. She embodied everything that one could accomplish if one simply had the courage to pursue their dreams no matter what the cost and no matter how many “no’s” or “women can’t do that’s” are heard. Amelia had a wonderful way of taking all of the negativity around her and feeding that to herself; using it for furl to push forward and do great things. Amelia changed the way the world saw women. While there were others that came before her, she stood out in such a way that everyone was demanded to take notice. She always looked at the possibilities and dared to not only ask “why not” but she also dared to attempt, usually succeeding. And when she failed, she didn’t quit. She got right back at it and tried again saying, “It’s not over until I do it”.

This was a woman living and thriving in a man’s world; calling the shots and making the rules; flying by the seat of her pants and setting every record along the way. Not only could she do it, but she could do it better than anyone.

80 years later, Ms. Earhart continues to captivate the entire planet with her story, her impact and her legacy. A legacy that speaks to men, women and children alike. A legacy that says you can “have, do or be ANYTHING you want.” Amelia was a real-life superhero, larger than life and iconic in stature. Her legacy still resonates with all of the wonderful contributions she made when she was with us. It lives on in all of the countless investigators, groups and individuals that are still trying to find her. It lives on in the countless books that have been or are being written about her and various aspects of her life. It lives on in the endless parade of children that dress up as her every day; pretending to be the world-class flyer; dreaming their own “impossible” dream. Amelia Earhart would be proud.

If I could have the opportunity to say anything to Ms. Earhart on this, the 80th anniversary of her disappearance it would be this: “Life is about impact. It is about what we leave behind; our legacy. And what we do for others. If that is the case, then Ms. Earhart, you have had one of the greatest and most lasting legacies of all time. If the measure of a human being is determined by the amount of people that they’ve inspired then we’ll…just look around you. You are still very much a part of this world and I have a feeling that you will continue to be with us in spirit for a very long time. The ongoing search continues but perhaps more importantly, the lessons you taught us continue. And we all learn from those lessons every day. In the end, it’s not about your disappearance or how you died. It’s about how you lived.”

Thank you to Chris Williamson of Chasing Earhart.

Here’s that self-promo bit: If you want to read more on Earhart’s flight, you can pick up my 99 cent quick aviation read on Amazon. 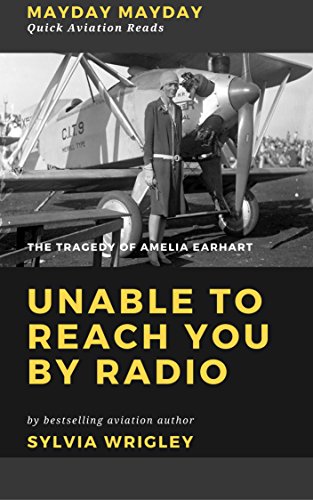