Things That Make Me Smile

Radio Communications for Beginners: in which One One X-Ray gets slightly confused coming into Muenster/Osnabrueck, with subtitles and background laughter by Steve Paul. I have to say this is also a great example of why a controller should be able to switch into the native language to try to help a clearly confused new pilot.

This poster has been making the rounds. I’m not sure who wrote the original but it’s spot on. 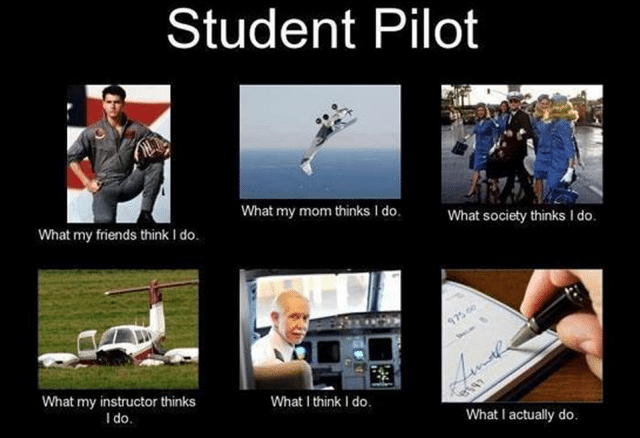 Get a virtual seat on an helicopter flying over Kamchatka, where four volcanoes erupted at the same time. Hit fullscreen (the icon on the right of the playing video) and then use your mouse to look around as the helicopter brings you close and personal.

Three people linked this story to me. I think it’s lovely.

He started crying, obviously distraught. The flight attendants brought napkins for his tears, said they would do what they could to help, and most importantly, got his connecting flight information to the captain, he told CNN.

When he got off the airport train and was running toward the gate, “I was still like maybe 20 yards away when I heard the gate agent say, ‘Mr. Drake, we’ve been expecting you,'” he said.

If I needed to explain to someone why flying is such an amazing experience, I would simply shut up and show them this video.

This is nothing to do with aviation, but if you’ve ever travelled on the London Underground, this is sure to bring a smile to your face.

The original Mind the Gap returns … | | The Importance of Being Trivial

Wonderful news from the northbound platform of the Northern Line at Embankment Tube station. London Underground have reinstated the original Mind the Gap announcement – just so that the widow of the man who said it can go and hear his voice.

What’s made you smile this week? Leave me a link in the comments!