It was a lazy evening in 1980 and I was bored at my dad’s house, when I put on his television and flicked through the 150 channels he had, looking for something to watch. I paused at a scene which showed a bunch of good looking guys in pilot gear playing baseball. They were arguing about the hopelessness of a rescue and the pointlessness of carrying on. This is a spoiler but, as the film is over 30 years old, I think I’ll be forgiven. Over time, it became clear that they were the aircrew who had died in a plane crash over the desert, and they were trapped there until their corpses could be recovered and given a proper burial. In order to keep sane, they play baseball three times a day.

The bodies are eventually recovered and they disappear, one by one, until there’s just the captain on his own, knocking a baseball up into the air and walking over to retrieve it, while the modern military planes disappear into the distance, their mission finished.

There’s a lump in my throat just thinking about it.

I thought about the film a few times in the years that followed. I remembered it as a low-budget television film but I didn’t know the name or who was in it. I didn’t have enough information to find out what it was called and no one I knew had any recollection of it. Still, somehow it stuck in my mind after all these years. Even more so as it seemed unlikely that I would ever find out what the film was called.

So you can imagine my surprise when 37 years later, I found this article about the loss of the American bomber Lady Be Good and realised that this incident was clearly the inspiration for the film I’d watched: Lost and Found: The Story of ‘Lady Be Good’ and Her Crew

Lady Be Good was a US Army Air Force Consolidated B-24D Liberator, designed by Consolidated Aircraft in the 1930s and introduced right in time for World War II. It was, for its time, a very modern heavy bomber with a high cruise speed, long range and the ability to carry a heavy payload. The RAF Liberators were the first aircraft to routinely cross the Atlantic Ocean.

Lady Be Good was a new Liberator bomber in the 367th Bomb Group (Heavy) based at Soluch Field in Libya. She’d only arrived a week earlier and it was time for her first mission which sadly also turned out to be her last.

On the 4th of April 1943, the Lady Be Good and her nine crew were returning to base after a bombing raid in Naples when the aircraft’s automatic direction finder failed. Visiblity was bad and the aircraft overshot its destination and disappeared. A search and rescue team failed to find any trace of the aircraft and they believed that the B-24D Liberator and her crew had been lost over the Mediterranean Sea.

It wasn’t until 1958 that the fate of Lady Be Good was understood. British geologists working for an oil company were flying over the Libyan desert when they spotted a downed aircraft and reported it. It was confirmed to be the missing bomber. The US Military searched the area, but initially they were unable to discover any trace of the crew, who had clearly bailed out before impact. It was over a year later when they discovered the remains of five crew members. In 1960, employees for the same oil company located the bodies of two more crew members and the military found another halfway between the crash site and the airbase. The body of the last gunner was never found.

The article does not mention the film which had such an effect on me but it was easy to track down on the Wikipedia page about the Lady Be Good which has a lot more information about the aircraft, including references to popular culture. 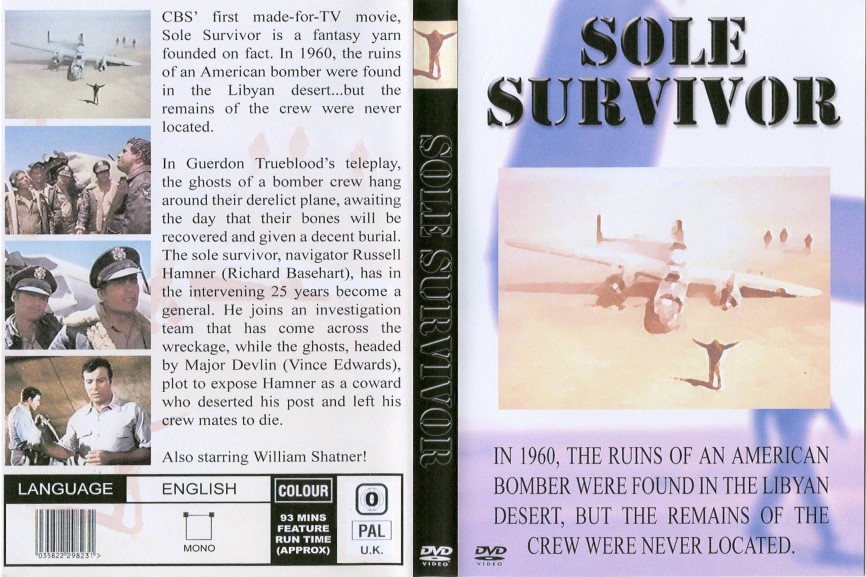 It turns out that the film was called Sole Survivor starring Richard Basehart, William Shatner, and Vince Edwards, although I have no recollection of any known actors being in it. I was right about the budget, though. The film was made in 1970 as a CBS Friday Night Movie. The aircraft in the film was a B-25 Mitchell bomber and the story line is really only loosely based on the story of the Lady Be Good… but enough that I recognised the premise. Actually, I’d forgotten the main plot line, it was the air crew trapped in the desert that held my attention.

I was amused to find this discussion on the Guardian in which someone asks for help identifying the film. The responses are filled with people who have been trying to find out the same thing.

I must have asked a hundred people if they remember the film, but no luck. This has been the only place where people have described the story the way I remember it.

I remember the film as well and have been trying to find the answer for years (with no luck). A few more details of the film that I remember was that the crews’ only entertainment was with a baseball and glove which one of them had.

Not a great movie, but intriguing enough to have stuck in my mind this past thirty years.

This film had “haunted” me for years until I finally tracked the title down after many, many lengthy internet searches.

I sent this very enquiry to “Empire” film magazine last year and they confirmed that the film is indeed Sole Survivor.

Finally! I thought I’d imagined this blasted movie! I remember watching it on T.V. when I was a kid (around 1976-77ish), and to be perfectly honest was beginning to doubt my own sanity whe all I got was blank looks from friends when I raised the subject.

I can not believe I found this site where you all are looking for the same movie I’ve been searching for for years.

So at least it’s not just me!

The exciting news is that a British company re-released Sole Survivor on DVD and Blu-ray* last year, twenty years after the last showing, and it’s possible to buy on the UK Amazon store! Which of course I did. 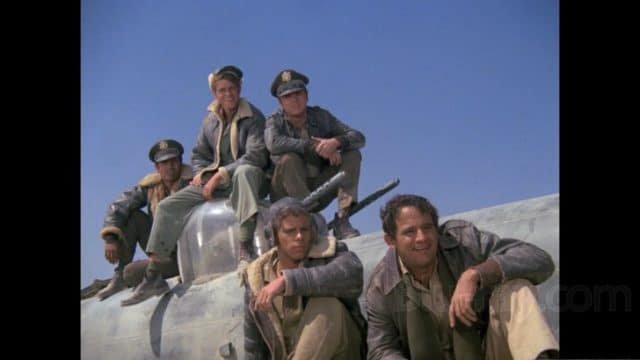 All this to say, my copy of Sole Survivor arrived and I might have spent the day watching it and sniffling instead of writing a new article for you all to read. But I very much recommend reading the story of the Lady Be Good on Lost and Found and also watching the 1970s film (“a cult classic” it says on the cover!) if you can get ahold of a copy.

*Sadly, it is region restricted, which means that it won’t work for US players.