Jeppesen has updated the RNAV charts for Santa in the North Pole, which includes a caution for supersonic heavy departures and for flights conducted under the influence of eggnog. The chart, marked as for Reindeer Navigation Only, includes straight-in landings and circle-to-land, which is authorised only when Rudolph is available. The 2015 changes are cited as Noel procedure and airport configuration.

The back of the chart has free space for the Naughty/Nice list and page two is detailed enough to support even the most inebriated St. Nick (I particularly like the Hot Cider De-ice Pad).

Click on the image to load the full PDF: 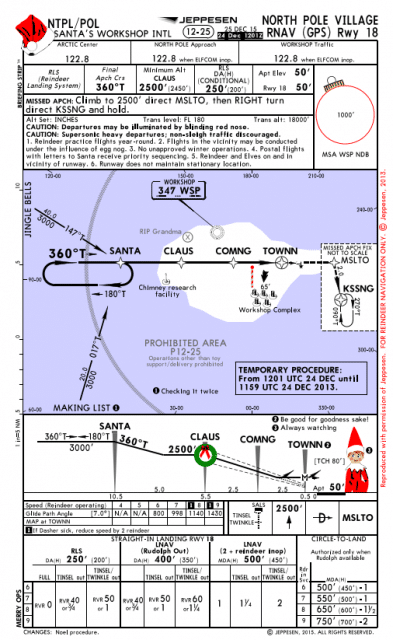 This video by Jeppesen was created when they first released the chart and mentions some of the highlights:

I really love that Jeppesen do this. They’ve been releasing special edition charts for three decades, most of them to honour public figures.

The earliest one that I know of is the chart for Barry Schiff, a pilot and author who has written much on the subject of aviation and aviation safety. His chart was developed to celebrate his retirement in 1998 and includes the instruction for missed deadline: Climb to 4000′ outbound via BJS VOR R-250 and inbound on KATHY R-148 to RELAX. 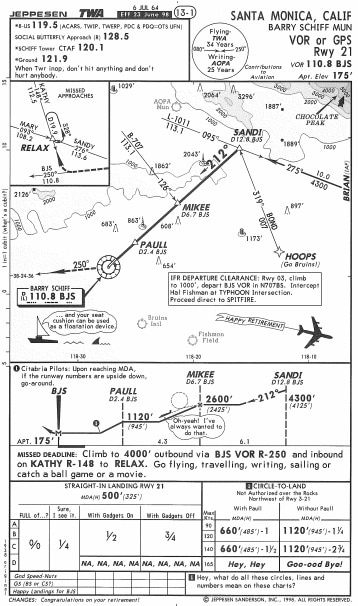 The 2005 Harrison Ford Hideaway approach is still classic, especially considering the new Star Wars flick (I haven’t seen it yet, so no spoilers please!) 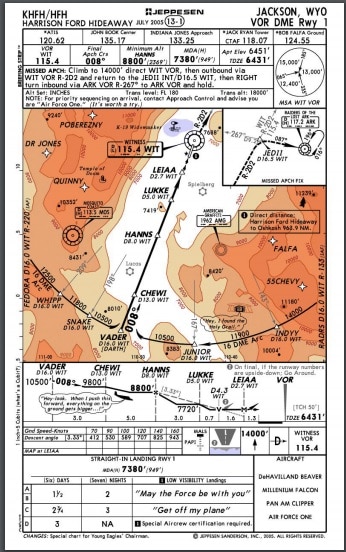 Of course, Sully Sullenburger and Jeff Skiles are named specifically on the the Hudson River Miracle released in 2010. 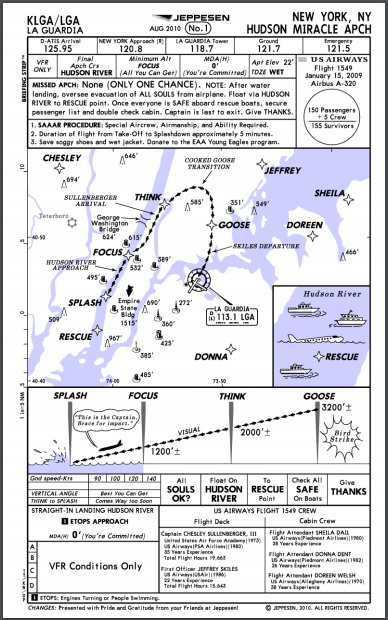 There’s apparently 87 of these special edition charts in total. Do you know of a good one that I missed? Let me know in the comments!