I’ve been struggling this week and was just panicking that I would not have a post finished in time for you for today when I discovered that Reddit had saved the day. Juicybradpit posted to r/flying to ask: What is the funniest thing you’ve heard on the radio?

The answers are fantastic! Here are my favourites:

Cessna: “Tower, why weren’t you at hockey last night?”

Cessna: “Sorry to hear that man.”

Confused student: I would like to become a pilot

These two were linked to via the Pilots of America forum

En route from West Memphis to Knoxville on Sunday, I heard some young sounding person ask ATC “Can I change my call sign today?” ATC paused a second or two, and then asked what his # was, and he replied “This is NXXXXX, but today I’d like my call sign to be the Millennium Falcon, please”. There was total silence for a few seconds and then I heard an airline pilot say “well i’ve been flying for 20 years, and that is the first time i’ve heard that one”. The ATC person just never responded.

Flying the route from LGA-LEB the other day, heard this with BOS Center after a Cherokee pilot (rather sheepishly) called up and asked for flight following and a vector over or around Bruswick airspace (good airspace to avoid).

BOS: Roger, have your request. Climb and maintain 4,500, I’ll have a hand off for you in a minute.

BOS: I said climb to it, not squawk it!

One early morning full of nasty weather. All the airliners are trying to find a smooth ride. I’m getting my ass kicked down low by wind sheer. ATC is pulling their hair out trying to squeeze way too many jets through what few gaps there are.

Finally it got quiet for a second and someone said “God, I wish I worked in a cubicle.”

This one made me cringe but I 100% blame the instructor who let her go out there on her own:

I fly out of a class delta controlled airport and we have VFR arrival and departure procedures. I was on my way back from a XC following the arrival procedure which takes you over the west shore of a lake. A helicopter was looking to transition the zone from the South to an uncontrolled aerodrome about 10nm North of the zone. After his initial call up tower asked if he could follow the East shore and the helicopter pilot seemed a little confused so tower asked if he knew where this lake was and if he had it in sight. Helicopter responded saying he had it in sight and asked for direct to the uncontrolled aerodrome. Tower told him “Negative, follow the East shore.” About 3 minutes later this is what I heard.

Twr: Helicopter you are 1.5 miles from the shore, follow the East shoreline.

Twr: Helicopter are you going direct to the field? You are now over the west shore. Follow the Ea… you know what never mind go 3 miles to the West and leave my airspace. Just get out.

On my solo cross-country, I guess the nerves or something made my voice crack. After making my initial call to tower, they replied:

Tower: “Enter left downwind for Runway 28, nice job champ. Can’t believe your kid is handling the radios all by himself.”

Me: “Enter left downwind Runway 28… by the way I’m a solo student.”

Needless to say, as a 17 year-old, it took a long time for me to recover from that one.

Bonanza: “Really? The winds are pretty bad up there.“

ATC: “Well, the terrain at your altitude is worse.” 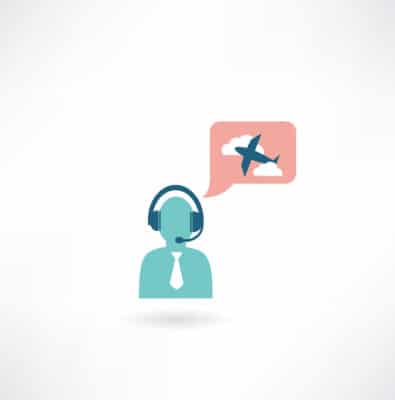 Finally, there was a quote from the comment know as The King of Slow, one of my favourite parodies ever. If you are familiar with Brian Shul’s story about asking for a speed check then I recommend you read the version written by user howfastisgodspeed.

There were a lot of things we couldn’t do in an Cessna 172, but we were some of the slowest guys on the block and loved reminding our fellow aviators of this fact. People often asked us if, because of this fact, it was fun to fly the 172. Fun would not be the first word I would use to describe flying this plane. Mundane, maybe. Even boring at times. But there was one day in our Cessna experience when we would have to say that it was pure fun to be some of the slowest guys out there, at least for a moment.

All I can say is thank goodness for the Reddit flying forums. You can read the whole thread if you need a bit more aviation humour.

Or even better, tell us a story about the funniest thing you ever heard on the radio. Leave it in the comments for everyone to share, please!