Fascinating Aviation Articles on the Internet

How Aviation Became Firefighters’ Best Friend—And Then Their Worst Enemy 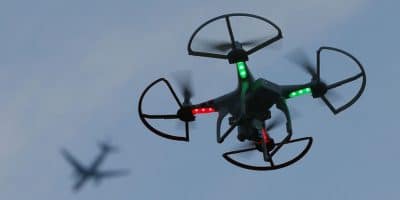 This fire, now known as the Saddle Fire, raged across the state throughout summer 2016. Before it burned out it would see multiple instances of drone interference with firefighting efforts. On June 22, Herbert angrily tweeted about the incident and held a press conference denouncing the drone users. A few weeks later, a fifth drone incident brought aerial firefighting operations to a halt. Voluntary evacuations soon became mandatory for 185 structures and homes. Soon, what would have amounted to only a couple million in fire suppression costs quickly ballooned to $14 million.

Great (and chilling) article about drones interfering in dangerous wildfires. I suspect this is going to get worse before it gets better. 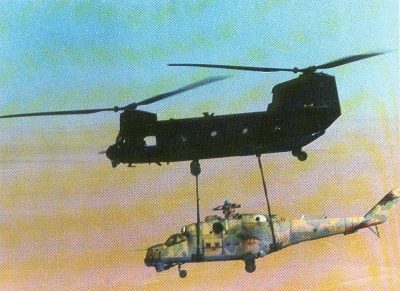 Now, around the time of the Hind’s introduction into service in the late 70s, the Central Intelligence Agency, along with British intelligence services, sought to learn more about this big Soviet helo. Interest heightened when word broke that Ethiopia pressed an export Hind into combat successfully. The Hind then quickly made an appearance in Afghanistan during the Soviet Union’s controversial involvement there, operating to great effect against mujaheddin fighters towards the beginning of the conflict. Western intelligence needed to get a better look at the Hind and its heavily-armored airframe, especially for the purposes of determining whether or not an American equivalent needed to be designed, built, and fielded as a counter to the Hind’s capabilities.

Anna posted this article to the Fear of Landing facebook page and I found it fascinating. I should also point out that if you enjoy articles like this, you should definitely keep an eye on Anna’s posts.

The ExpressJet Airlines Embraer EMB-145LR, flight number 4538 (registration N16954, serial
number 145072) departed Grand Rapids, Michigan, on an instrument flight rules flight
destined for Newark Liberty International Airport, Newark, New Jersey. After departure, the
aircraft deviated north of its desired track to avoid thunderstorms and climbed to its cruising
altitude of flight level 370. At approximately 1915 Eastern Daylight Time, the aircraft flew
through a large thunderstorm and encountered severe turbulence. The flight crew lost
control of the aircraft, and it descended rapidly, losing approximately 4000 feet before the
flight crew were able to regain control. The aircraft continued to its destination, where it
landed safely. There were no reported injuries to the 3 crew members or 26 passengers, and
the aircraft was not damaged.

This report by the Transportation Safety Board of Canada is interesting because it discusses a severe loss of control during turbulence, an issue which seems to be showing up in the headlines a lot lately.

How (Almost) Everyone Failed to Prepare for Pearl Harbor 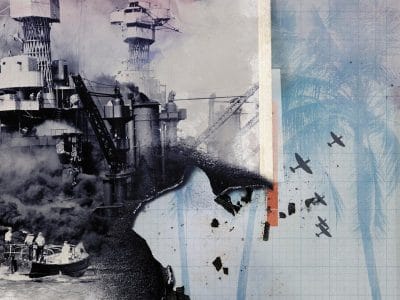 The order of the day was to keep vandals and the curious away from the equipment during a 24-hour shift and, from 4 a.m. to 7 a.m., sit inside the monitoring van as the antenna scanned for planes. George and Joe had no idea why that window of time was significant. Nobody had told them. The two privates had been ordered out there for training. “I mean, it was more practice than anything else,” George would recall. Often with the coming of first light and then into the morning, Army and Navy planes would rise from inland bases to train or scout. The mobile units would detect them and plot their locations. Between them, George and Joe had a couple of .45-caliber pistols and a handful of bullets. The country had not been at war since November 11, 1918, the day the Great War ended, and the local monthly, Paradise of the Pacific, had just proclaimed Hawaii “a world of happiness in an ocean of peace.”

An in-depth look at one of the most famous air strikes of all time. Well-written and interesting historical piece written for a modern audience. 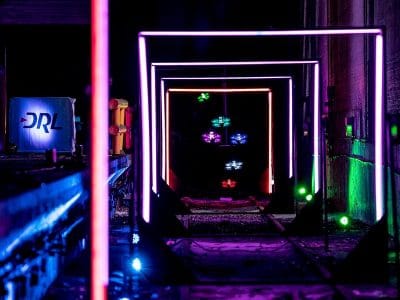 Zachry Thayer expected that the competition for this drone race would be intense, so he just tries to be in the moment, to focus on the routine: video and power checks, safety clearance, and then the countdown—and they’re off! Six 800-gram quadcopters spring into the course. Thayer and his competition are wearing goggles that receive a video feed from cameras mounted on their drones, giving them a first-person view, or FPV.

Now this is a good use of drones! I love the futuristic feel of first-person view as you virtually race around the track. I would love to try this… once drones because a little bit less expensive! 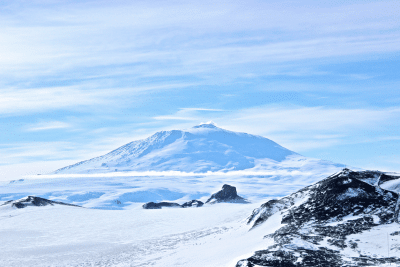 An Air New Zealand sightseeing flight to Antarctica, Flight TE 901, departed Auckland Airport (AKL) on the North Island of New Zealand, at 1917 GMT, 27 November (8:17 a.m., 28 November, local time). The flight was planned to proceed to the vicinity of McMurdo Station at the south end of Ross Island, off the continent of Antarctica, and then return to Christchurch International Airport (CHC) on New Zealand’s South Island. The duration of the flight was estimated to be 11 hours and would travel a total of 5,360 miles (8,626 kilometers), all during daylight hours.

A detailed article on the crash of Air New Zealand Flight 901, popularly known as the Mount Erebus disaster. I love it when someone else writes these up so I can just read. ;)

I hope you found these articles as interesting as I did!