I was on the radio on the Australian Broadcasting Corporation, in a show called The History Listen. They asked me to tell them about a famous story in Australian and aviation history, when Ivan Smirnov crashlanded on the coast of northwest Australia, losing a cigar box of diamonds in the process.

The recording was done locally in COVID safe conditions at a sound studio in Tallinn. I was perched on a high stool with a microphone and a music stand. The sound studio staff were on the next room, watching me through the glass. The producer phoned in and was connected to me, so he could hear me talking into the microphone and I could hear him in my headset, but his voice wasn’t recorded. At one point, the producer stopped me, to say that he could hear something rustling. Forgetting that I had a large microphone in front of me rather than something pinned to my lapel, I immediately assumed that it must be my scarf. I apologized and pulled it off. Perched on the chair about three feet too high for me to get on and off easily, I just dropped the scarf on the floor.

“A scarf shouldn’t be a problem,” he said. Then I heard something too. I unclasped my necklace and dropped it on the floor, a small pile of things slowly collecting around my feet.

But it didn’t help. The producer said no, he could still hear the rustling.

The producer said no, he could still hear it. The sound engineer, who can hear both of us but can’t speak to either, waved at me frantically through the window. He opened the door and explained that the rustling sound was coming from the phone call and although I could hear it and the producer could hear it, it wasn’t actually being recorded. It occurred to me afterwards that he was probably frightened that I might strip to nothing on the spot if he didn’t stop me.

You can hear the edited 31-minute story, thankfully free of background noises, told in a wonderfully engaging format of combining the interviews of three people, on the ABC website: 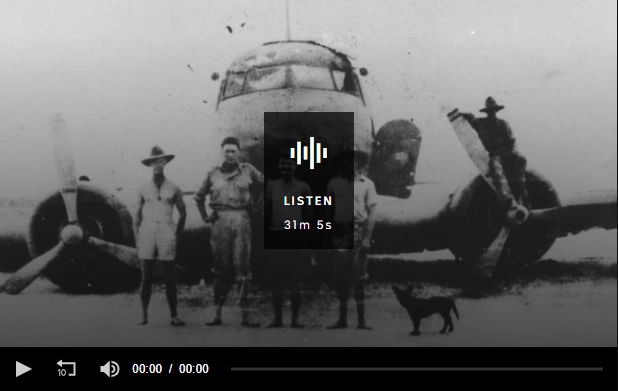 Diamond Jack, Smirnov and the Pelikaan

I’ve written about Diamond Jack before but for the radio show, I wanted to make sure I knew the story backwards and forewords. I went back to researching from scratch but this time I had some strong new leads. Rudy had left a comment on that article to say he had a copy of Smirnov’s official biography and I mailed him for more information; he painstakingly copied multiple pages out of the book so that I could have the details I needed. I struck gold again when I found Trove, an Australian collection of over six billion digital items, including scans of newspaper articles from the time.

The research ended up with me learning so much more about the events, more than the radio show could possibly have highlighted, so I’m taking the opportunity to write the article again, this time with everything new I learned.

In the meantime, I hope you enjoy listening to story on ABC’s The History Listen, which I think has done a fantastic job of bringing the story to life: The History Listen: Diamond Jack, Smirnov and the Pelikaan