Flying with non-pilots always brings up interesting questions. Tony isn’t all that interested in planes; however he was quick to notice after only a few flights that there was some important difference between my licence and Cliff’s. He’s right: Cliff is instrument rated and I am not, I can only fly in visual conditions.

Cliff’s gone through additional training to fly using instruments for reference. I have a simple PPL which means that I require visual contact with the horizon and the ground in order to fly safely. Imagine driving your car with all the windows blacked out, so you could only drive with reference to the dashboard gauges (for example the speedometer and compass) and a GPS. It could work, but it wouldn’t be easy and there’d be a pretty big risk of an accident. That’s a pretty simplistic analogy but it comes down to this: Cliff has gone through extensive training so he doesn’t have to look out the window except on take-off and landing. If I can’t see out the window, I have to land.

The practical benefit of having an instrument rating is straight-forward: Cliff can fly in marginal or bad weather. I am limited to sunny days. 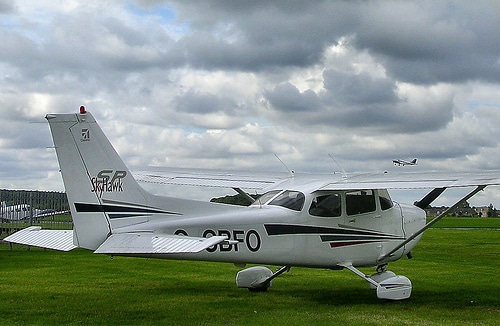 That’s the main aspect that I expected Tony to notice after a few flights across Europe. If the weather is not clear, I grumble a bit and then explain that Cliff will be flying instead of me, once again. It turns out that Tony’s picked up on a lot more than just that.

He says that it’s obvious who is going to fly the plane a few days before the flight. Our flight planning processes are very different.

Cliff sits down with a laptop and loads up Flitestar, looking at the airways. IFR planning always strikes me as a bit of a dot-to-dot game, where you are looking for the best route to get to your location. I could plan my VFR flights using the same software if I wanted to.

But I don’t feel like I get a strong enough understanding of my route doing that. I have big laminated maps with 1:500,000 views of Europe. I plot on the map, drawing red lines and planning a route so far around airspace that Cliff scowls in frustration when he sees my maps. He’ll always plot the straight-through route and presume he’ll be given permission to cross. After years of VFR in Spain, I presume they’ll tell me to go away and make me go miles out of my way.

My flight planning is a much longer process but it takes the stress away during the flight, which is critical for a VFR flight when you need to be able to react quickly. This process forces me to focus on the route and the surrounding area while I’m on the ground. That means I have much better spatial awareness when I’m in the air than I would if I let the software simply offer me a proposed route from A to B.

I also have a full list of radio frequencies that I expect to occur en route so I know who to talk to as I go. On an IFR flight, you are constantly told who to talk to. It’s pretty common to be handed off VFR as well, especially in the UK. Still, I’ve had my share of controllers end our friendship with “Free call next station” with not even a hint as to who I should speak to next.

If I already know the frequencies on my route this all becomes trivial. It also means I can key in the stations from my flight planning in advance. This way, if a controller tells me where to go next, I am not scribbling down numbers and then entering them every time. Mostly, I’m just verifying that the frequency I’ve been given matches the frequency I’ve already keyed into the radio.

“Sylvia can’t fly through cloud” is the other aspect that Tony has picked up on. Cliff plans flights at 10,000 feet so the first thing he generally does is take us straight through the clouds to get to his sweet spot in the sky. This gives us max speed and fuel efficiency and of course, he isn’t worried about getting trapped above the clouds. Meanwhile, I see a single fluffy cloud on the horizon and start talking about what I’m going to do to avoid it. 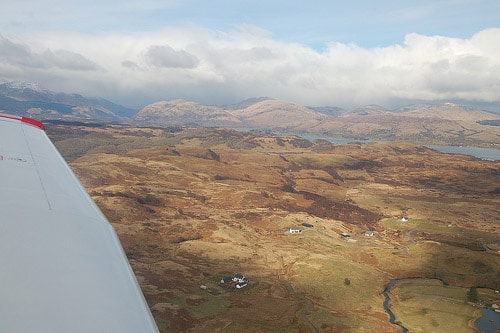 Tony’s also noticed that I tend to chug along between 4,000 and 5,000 feet, even in clear blue sky, despite the loss of efficiency. I always claim I have to do this so that I don’t have to worry about changing cloud above/below me as we go. But I’ll tell you honestly, it’s really because I like the better view of the countryside. Just don’t tell Cliff that, as he’s the one who pays the fuel bill.

Leave a Reply to Tony Stanford