I’m in Estonia for the moment and researching local crashes for you! Meanwhile, I’ve pulled this piece from the archives to keep you entertained while I am travelling. This version has a few updates and better photography.

This was originally posted in September 2009. I can vouch for the fact that the Killer Cattle Protection System works: I have not trespassed on CAA land since.

I shouldn’t have hopped the fence.

It was shut with a big padlock and surrounded by barbed wire so I can’t exactly claim that I hadn’t noticed it. 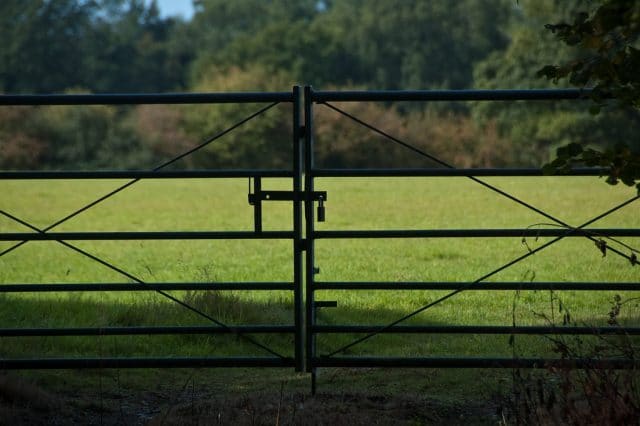 But I’d walked such a long way – 5 miles! – just to take some photographs for my blog, it seemed such a shame to give up at the last hurdle. There was no one else there so it wasn’t like I was getting in anyone’s way. And it wasn’t like there was anyone to tell me off – just me and some cows off in the distance.

I didn’t know that they were guard cattle.

But let me start at the beginning…

Brookmans Park is a small village in Hertfordshire, population 3,475. There isn’t much exciting to say about the place: the locals are friendly, the Indian restaurant is divine, the village green is pleasant in nice weather.

However, pilots who fly around southeast England will recognise the name as home to the Brookmans Park VOR (BPK) which is used by commercial aircraft flying in and out of the London area. In addition, the airspace over London is structured such that a lot of VFR traffic passes over BPK. When I was flying in and out of High Wycombe, I regularly routed via BPK.

When I found out that I was going to be trapped visiting family in Brookmans Park for a few days, I immediately thought of BPK and wondered if I could actually visit a VOR and find out what they look like.

A VOR (VHF Omni-directional Radio) beacon is a navigational aid which broadcasts on a specific radio frequency in such a way that a pilot can get a bearing from the VOR to her aircraft.

Patrick Flannigan has a better explanation of this on Aviation Chatter: How VORs Really Work and you can even test it out yourself on this VOR / ADF Navigation Simulator by Tim Carlson.

If you want to know the detail, the Wikipedia article on VORs is probably the best single reference:VHF omnidirectional range

It turned out that the Brookmans Park VOR is not actually located in the village but a few miles east, near Epping Green. The weather was glorious and I needed an excuse to get out of the house thought a walk would do me good, so I made my way there, walking along the country roads and enjoying the mild weather.

I used a hand-held GPS and reached the location after about 2 hours gentle strolling.

That’s when I discovered that the VOR was in a field, surrounded by a fence with two padlocked gates. 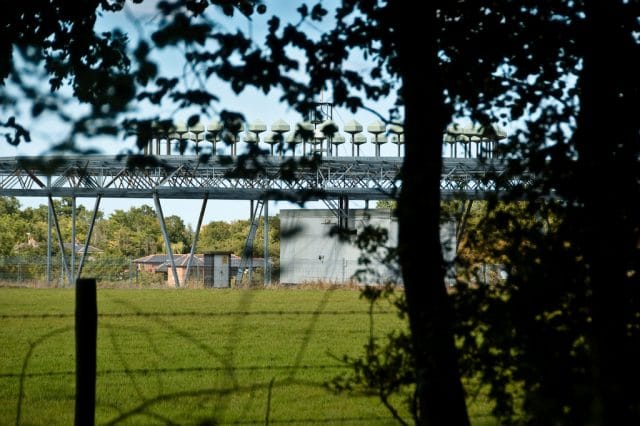 It seemed so sad. I could see the field and the VOR and a herd of cattle grazing in the distance. I considered my situation for a few moments and then convinced myself that the fence was merely to keep the cattle in, surely not to keep me out. Besides, I wasn’t going to do any harm. I just wanted a closer look at the VOR.

So I clambered over the fence with my camera in hand. 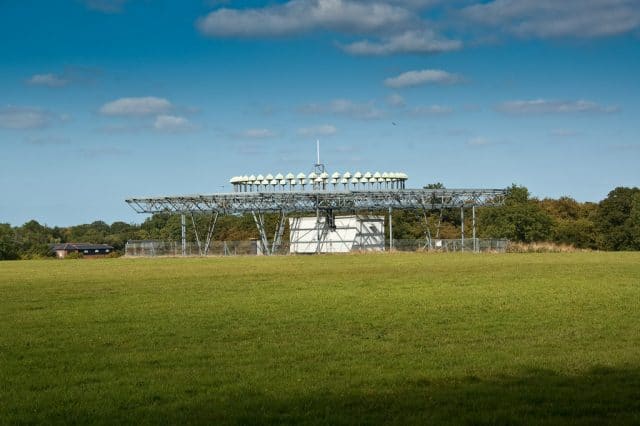 The ground was firm beneath my feet and the sun warmed my shoulders. A light breeze carried the scent of freshly-cut grass to me. The bird song was only interrupted by the roar of the engines overhead. If I had any chance of forgetting my purpose in coming to this lovely location, the air traffic would make sure I was reminded. 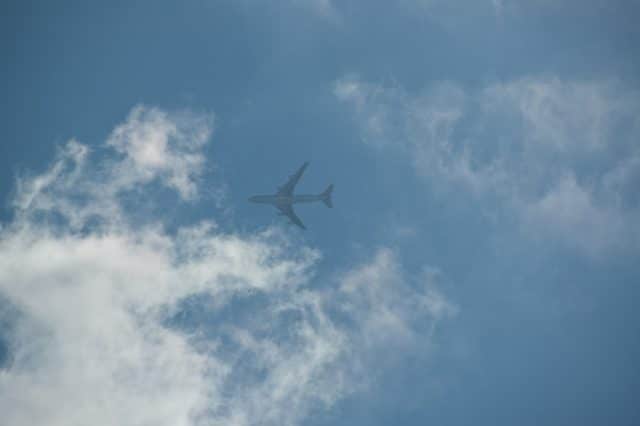 I was taught to avoid routing directly overhead popular VORs and VRPs when flying VFR as it is simply concentrating the traffic into a single place but I haven’t thought about in a long time. This was the first time I had a visual.

There was never any question of danger, the separation was more than enough but it did feel a bit like Grand Central Station above my head as various low planes from all directions flew straight towards the VOR.

Despite the traffic, it was a pastoral scene: the golden colours of September all around me, the cattle lowing and a blackbird singing in the distance. I walked closer to the VOR. 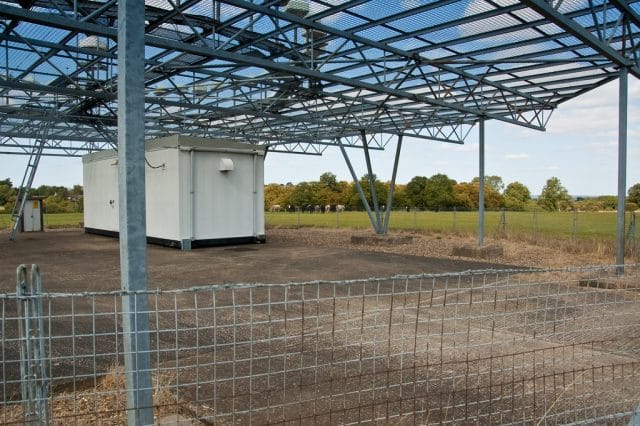 It was much bigger than I expected. I stepped around the cow pats and peered up at the phased array antenna. BPK looked both old-fashioned and futuristic, like something I might see in a 1950s sci-fi film.

I walked up to the fencing surrounding the structure and began talking close-up photographs when I realised that the lowing of the cows was getting louder. 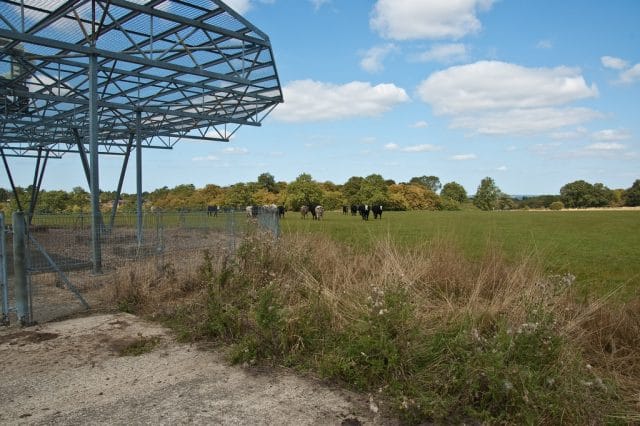 The two clumps of cattle I’d seen off in the distance had joined forces and come to deal with the intruder.

Of course, I didn’t realise this immediately. I simply thought that they happened to be wandering my way. I took a few more photographs, thinking the juxaposition of the cattle and the VOR would make for an interesting contrast.

The cows kept on coming.

Now. in my defence, I’m very much a city girl. I grew up in Los Angeles where there is not a lot of wildlife to be found, unless you count pigeons. Maybe the occasional lizard.

So I still did not realise that there was an issue. I thought the cows were interesting and I was pleased for the great opportunity for some nature shots. I looked for a clean bit of grass and knelt down, taking a few more photographs before I realised … 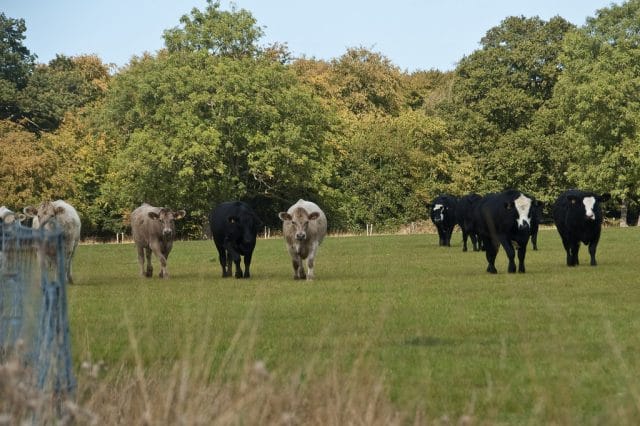 … they were coming for me.

I smiled nervously and gave the cows a little wave. This had no effect at all. I realised that perhaps I had outstayed my welcome. I assured them that I was on my way and that I hoped they had a pleasant afternoon.

I turned my back. Mistake. Never turn your back on a herd of guard cows.

I heard the thunder of running cattle behind me.

I spun around and they screeched to a halt, a few yards behind me, rumbling in a melancholy way, pretending that they weren’t after me.

I turned to continue walking to the gate. I heard the hooves thud against the grass. I whirled towards them and they stopped again, blinking innocently.

I began walking backwards, keeping an eye on what I now knew were killer attack cattle, ready to defend the VOR against all intruders.

They stumbled forward, slowly closing the gap between us. I was almost surrounded When I felt the cool touch of shade of the trees, I knew I was close to the gate. I turned around and made a run for it. I had no idea I was capable of hopping a fence in a single bound but I’m glad for it.

The cows clustered at the fence and stared at me. They didn’t make a sound but the message was clear: 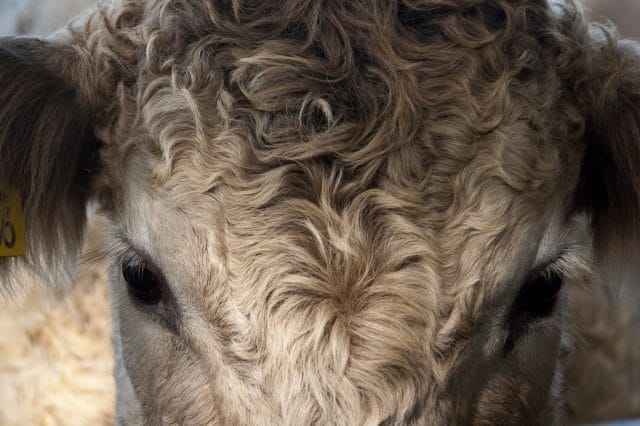 I assured the guard cattle that I had every intention of respecting fences in the future. Then I edged my way backwards until I was safe on the main road. I made my way back to civilisation, relieved that I had survived my encounter. Only later did I think to check for NATS id badges. I hadn’t noticed whether they were attacking with a 30° intercept angle. I wasn’t even sure if they were instrument rated!

So that’s the story of my afternoon walk in a quiet English village. And people tell me General Aviation is dangerous!