This is a bit of a short post today to make up for all the heavy posts recently. Me, I’m enjoying the long weekend and a bit of sunshine…

This photograph from Heathrow Airport was posted to Reddit with the question:

What is this plane doing in this enclosed bay?

Probably got new engines, they use enclosures like these to run them up to 110-120% N1 to see if they explode.

Another poster used a photograph to demonstrate the importance of the walls: 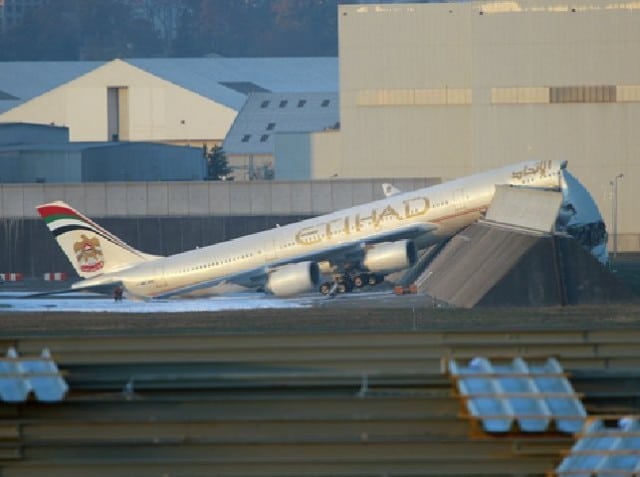 That photograph is from Toulouse in November 2007, when an Etihad Airbus A340-600 crashed into the walls of its test pen. The investigation discovered that the procedures were not correctly followed and the engines were all operating at high power without wheel chocks. The engine power at full was just beyond the parking brake capacity to hold.

When the Airbus surged forward, the test crew pressed the brake pedals and turned the nose-wheel sharply to the right, leaving the engines at full power. Turning the wheel had the opposite effect of what they wanted: it decreased the brake pressure.

The correct response would have been to reduce the engine thrust immediately.

Meanwhile, the conversation on Reddit about the pen quickly got silly.

If it explodes, it won’t be used on transatlantic trips. Just European routes.

And then there was an alternative explanations:

Was naughty and needs a time out.

And one that took its location and livery into account

It’s the British Airways airplane zoo. The walls are there so it doesn’t escape.

In other news, I’m excited to note that Fear of Landing is now cited as a source on TV Tropes! 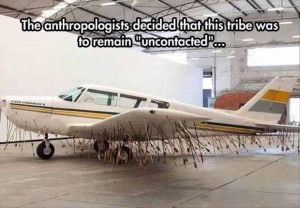 That links to my article debunking the myth (the aircraft in question was part of an art display).

Have a great weekend and I’ll see you all here again next week.