5 Things About the Dreamliner That I Didn’t Know 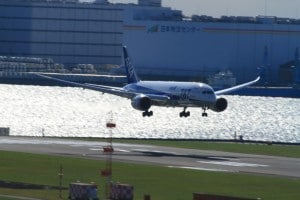 The Dreamliner has chevrons – serrated edges on the engine nacelles – in order to reduce the noise. Passengers on the plane before it was grounded say that it is quite noticeably quieter but I hadn’t understood the background.

As evident from this paper, maturing the technology followed a long and arduous path with multiple dead-ends and parallel efforts. Seedling observations from laboratory-scale experiments eventually migrated to applications, a process that required prodding from noise regulations, inspired tests and finally a concerted NASA/ industry effort. It is emphasized that jet noise remains a major component of aircraft noise for moderate to low bypass ratio engines. Chevron technology has provided a modest relief. Unfortunately, a complete understanding of jet noise mechanisms is still not in our grasp.

The insight of fundamental experiments coupled with application of CFD allowed the development of the subject technology with tools slightly better than cut-and-try. Hope for further control and reduction of jet noise hinges on advancement of our understanding of the relevant mechanisms. This has been and will continue to be an emphasis of NASA’s noise related projects.

Lithium-ion batteries are both a lot more complicated and a lot more interesting than I thought they were.

A primer on the science fueling the lithium-ion battery market

Lithium in its purest form – a silvery-white metallic element – is not found in lithium-ion cells. Rather, a chemical compound containing lithium (in some cases, lithium cobalt oxide) is used. The term “lithium-ion” refers to the positively charged atoms responsible for the battery’s charging and discharging. A lithium-ion battery’s metallic case contains a lithium-ion cell consisting of anodes (negative electrodes) that are commonly composed of lightweight elements, such as carbon, and cathodes (positive electrodes), a ceramic material made from the lithium cobalt oxide or other materials. The cathodes and anodes are placed onto individual copper or aluminum foils, separated by a porous piece of film, and submerged in an organic solvent known as an electrolyte. As the battery charges, the electrolyte aids the lithium ions (charged atoms created by the lithium salt in the electrolyte) that move through the film from the cathode to the anode. The direction of the ions is reversed during discharge, creating a flow of an electrical current. The batteries produce a higher voltage and can be recharged for hundreds of cycles, making these devices an increasingly popular power source.

3) If the battery is not the issue, then that’s bad news

The Japanese transport ministry official has stated that they have found no technical problem with the batteries in their investigation. That’s an even bigger problem for Boeing.

Keith Hayward, head of research at the Royal Aeronautical Society, said that if the issue is no longer about replacing a faulty battery, it raised the prospect of Boeing having to do a major re-design.

“I think people had their fingers crossed that it was a battery fault… it looks more systemic and serious to me. I suspect it could be difficult to identify the cause,” he said.

He added that aviation regulators will have to put the 787 through another airworthiness certification process, which itself could become a complicated and lengthy process depending on the final cause of the problem.

The unexpected event neatly helped to show that the conductive material added to the composite fuselage was doing its job.

The 787 flight test team gathered the unexpected data last month after one of the Dreamliner test aircaft was struck by lightning. Unlike traditional aluminum aircraft where the entire aircraft is conductive, on a composite airplane the charge from a lightning strike would find its way to the conductive parts such as wiring or hinges. In order to avoid the risk of the charge damaging these kinds of parts, Boeing had to add conductive material to the composites in order to provide a pathway for lightning strikes.

The added weight to protect the airplane from lightning strikes ended up being more than Boeing anticipated. The material was one of the factors that pushed the Dreamliner past its target weight earlier in the development process.

According to the New Yorker, the cuture change after the merger is why the development of the Dreamliner was outsourced all over the world.

James Surowiecki: The Trouble with Boeing’s 787 : The New Yorker

To understand why, you need to go back to 1997, when Boeing merged with McDonnell Douglas. Technically, Boeing bought McDonnell Douglas. But, as Richard Aboulafia, a noted industry analyst with the Teal Group, told me, “McDonnell Douglas in effect acquired Boeing with Boeing’s money.” McDonnell Douglas executives became key players in the new company, and the McDonnell Douglas culture, averse to risk and obsessed with cost-cutting, weakened Boeing’s historical commitment to making big investments in new products. Aboulafia says, “After the merger, there was a real battle over the future of the company, between the engineers and the finance and sales guys.” The nerds may have been running the show in Silicon Valley, but at Boeing they were increasingly marginalized by the bean counters. 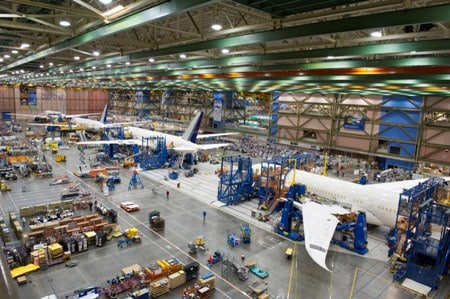 Despite the problems, I’m still firmly on Team Boeing. I think the Dreamliner is an amazing machine and I hope the complications get ironed out in record time.