We’ve all heard the stories of passengers acting out on commercial flights, leading to the coining of the term “air rage“. This is generally described as a new phenomenon, related to entitlement issues of a newer generation, although the earliest case that I found referenced was in 1950, when a “barrel-chested” passenger attacked a cabin crew member, scratching her face and causing “mayhem” in the cabin. Two husky passengers managed to subdue him until landing. That said, there’s been a notable spike in air rage incidents in 2021. AirRage.org notes that there was a similar spike in the US after 9/11, possibly connected to a heightened awareness of danger. On top of that, the aviation industry is suffering from staffing shortages after the rapid re-start of aviation this year backed by the success of vaccination programmes. Shortages of ground crew, cabin crew and flight crew are leading to delays and cancelled flights, which ups the stress level of everyone.

As recently as 2000, the most common trigger of air rage in the UK was identified as passengers who were confronted for smoking, although I’d love to see studies as to whether this is still a common issue. Alcohol is another culprit and Southwest Airlines and United have opted not to sell alcohol on short-haul flights while American only serves in business and first class.

The increasing discomfort of travel, ranging for hours spent in security snarl-ups to smaller and smaller seats in crowded planes, surely has some part to play in it. The general background levels of anxiety leading on from the pandemic can become a focal point when packed tight into a space with strangers.

In the US, mask-wearing is highly politicised and the federal mandate to wear a mask for air travel has becoming something of a lightning rod, leading to direct confrontations in the cabin.

In the first half of this year, the FAA has received 3,271 reports of unruly behaviour by passengers, and the great majority of these (2,475) are passengers who refused to wear their facemask on aircraft, despite being told that this is a federal requirement.

The FAA has responded to the problem by publicising the high fines levied against nine passengers for alleged unruly behaviour. They have launched a Zero Tolerance campaign for passengers who do not follow federal regulations and refuse to obey crew instructions.

The following video is a part of this campaign and features children explaining why it is not safe to disrupt flights.

The video only has 12,000 views and YouTube followed it up with an Real ATC video with three million views so although I applaud the initiative, I’m not convinced this video will have the effect that the FAA are hoping for. Maybe a compilation of the videos taken of passengers acting badly?

Although the FAA’s publicity is currently focused on Zero Tolerance, over the same six month period of over 3,200 reports received, the FAA has only proposed enforcement action in 83 cases, for a total of $682,000 in fines.

In a move that I suspect will have more of an effect than videos and fines, they have chosen to highlight the top nine cases, which account for $119,000 of the fines (which, just for reference, means that the remaining cases average $7,600 each).

Usually I end up rewriting this kind of press release but in this case, I think it is better to allow the bare bones descriptions to speak for themselves. 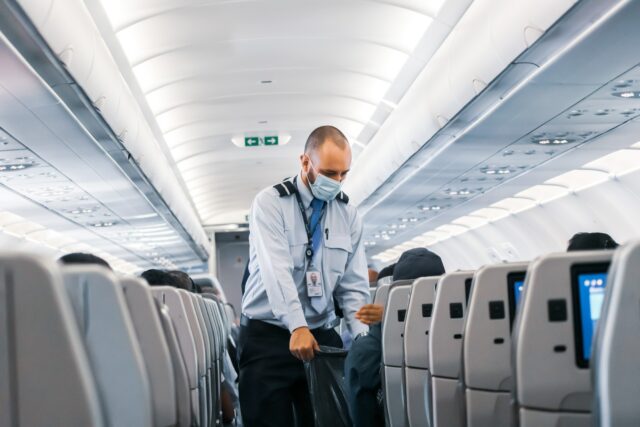 These passengers and the 74 others who have received FAA enforcement letters have thirty days in which to respond to the FAA regarding the incidents. It’s hard to imagine what they might say in their defence.

To be honest, the main response I have after reading these is a deep relief that I have never had to work as cabin crew! There is no way I’d have the patience.