Please Keep Your Feet In The Cockpit At All Times

The subject line on Reddit said Don’t start your airplane with your feet outside the cockpit so as you can imagine, I had to click. And having seen the story behind it, I now have to share it with you.

The incident, involving a Piper Cherokee and a parked Cessna 172, took place at Orange County Airport in New York. The Cherokee was uninsured. The poster, jetmech09 is one of the owners of the flight school there who was asked to estimate the damage to the Cessna (owned by one of his partners and used by the flight school). …And, well, I don’t think I can improve on his telling of the chain of events, even though he only quickly typed it on his phone from the scene.

Owner of Cherokee was laying across the seat with his feet on the wing because his battery was dead or something and just wanted to see if it would crank.
It started up at 3/4 throttle. He tried the hand brake and it didn’t work.
Instead of pulling mixture, he tried to grab the rudder pedals with his hand and steer (WTF??? #2).
The left wing hit the right side of the Cessna cowling and pivoted into the left wing of the Cessna.
Sorry if that’s unclear I’m on mobile and working with the insurance company to get a repair estimate.

Now, I can’t quite imagine how someone’s brain can jump from “Uh oh, the brake isn’t working” to “I’m going to use my hands on the rudder pedals to steer”. 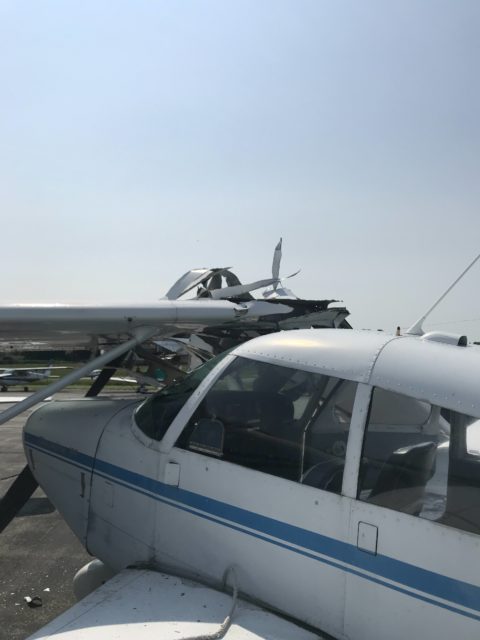 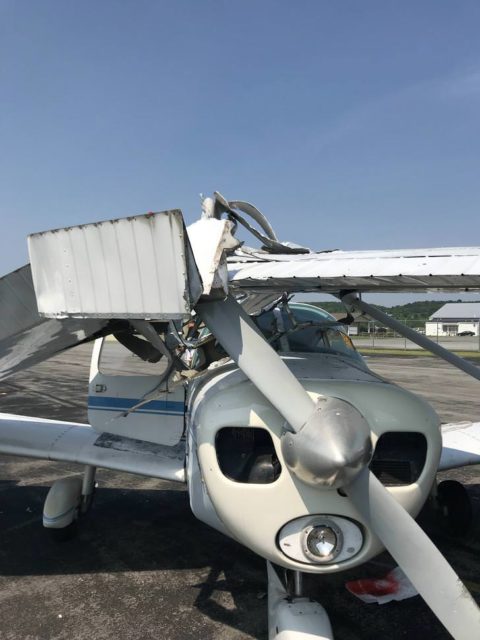 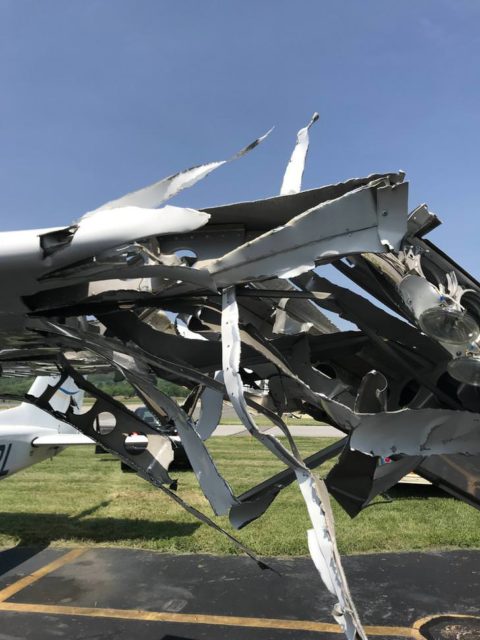 At the time of posting, he had estimated $57,000 damage to the Cessna and still counting. The Cessna was insured for $50,000. The Cherokee didn’t have insurance. The Cherokee also needs an engine and a left wing but understandably the poster wasn’t all that concerned about that.

My buddy and I run a small flight school / maintenance shop at a small airport. He had his 172 at the tie down area because I had a few airplanes in the shop. He left for a flight and shortly after departure, he texted me “go out to my airplane NOW.” Ok, I go look outside the door towards the ramp–5 sheriffs lit up around his airplane. I couldn’t really see what was going on so I head over.

A Cherokee ran into his 172. Ok, accidents happen. But this one is particularly stupid.

The pilot of the Cherokee hadn’t flown his airplane in about 5 years, so he was on the field trying to get the airplane ready to ferry for an annual (to fly off field because there’s a mechanic around here who’ll do it for $400, but that’s a whole other story). Drain fuel/oil whatever, etc. The battery was dead, of course, so the pilot charged it up.

FOR SOME REASON, and this is the messy part, he was laying across the seats with his feet outside of the door messing around with ???. He decided to bump the starter to see if the engine would turn over while laying down (mistake one–can’t clear prop). Well, it started. He hadn’t set the brake (mistake two). The aircraft started moving forward, so he yanks the hand brake, but SURPRISE, the airplane has been sitting for years and the brake is flat. He never pumped em up, didn’t check em, whatever (mistake three). At this point, the aircraft is moving slowly and the guy panics.

We’re not sure what *exactly* happened, but the throttle was at 3/4 power. I assume while he was scrambling, he hit the throttle moving around in the cockpit (remember he was laying across the seats). Either way, the power settings were up there. On the ramp. Facing other airplanes. With failed brakes. And really no pilot. Instead of grabbing the mixture, the pilot decided to grab the rudder pedals with HIS HANDS and try to steer the airplane (WTF????? BIG mistake #4). Well, that didn’t work out. As he was turning right, unable to see anything, the Cherokee’s left wing hit the left side of my friend’s 172, spinning the aircraft back left and into the R/H wing of the 172–almost cut the wing clear off.

I don’t know how the pilot shut the engine down, but when I got to the ramp, throttle was in, mixture was in, mags & master were off.

The 172 obviously needs a wing, BUT the prop of the 172 got caught in the cherokee wing as it was turning. I did a VERY quick inspection and it seems like the crank is bent and/or broken. The runout on the prop flange was HORRIBLE. Engine frame twisted, damage to the firewall, etc.

I think it’s very easy to write this all off and call the pilot an idiot, but what it really comes down to is complacency–he’d done it a million times, he knew what he was doing, etc. etc., but there’s always that ONE time. FOLLOW the safety procedures. That’s why they’re there.

He’s lucky as hell he hit an airplane. He’s lucky nobody was on the ramp. He could have killed someone or ran into the fuel farm or a building. He couldn’t see where he was going, with no control whatsoever.

You can read both threads on Reddit: Don’t start your airplane with your feet outside the cockpit and Let’s talk about complacency..