A new user on the Professional Pilots Rumour Network posted to ask if there is any reference for uncommon, random and out of the blue scenarios that require ATC attention. He was apparently looking for input for an ATC game he’s writing. Typical PPRuNe, the answers are priceless.

The full thread is at ATC Scenarios – PPRuNe Forums but I’ve picked my favourites to share with you.

Not sure what I’d do if more than one of these occurred at the same time.

It would take a very large book indeed to list all the possibilities a trained controller might encounter. I have had dense smoke across the airfield from funeral pyres nearby! What a controller has to do is to use his training and experience to deal with routine or unusual occurrences.

“The North Shropshire Hunt is on the runway !!!” In thirty odd years of ATC I have had an aircraft refuse takeoff because an aircraft was on final approach….that aircraft on approach was Venus…I have had people rescuing swans( apparently they belong to HM the Queen), full blown emergencies including unsafe gear (it wasn’t), a helicopter whose pilot had been incapacitated by a golf ball….seriously….a gentleman on a bike crossing the main runway and a RAF police dog which was on the runway and had decided to no longer accept orders from his handler. There is NOTHING that could be written down that included all the experiences that the people who inhabit this board have had.

How about a fox fast asleep curled up around a lit flush-fitting approach light?(Nice ‘n warm y’see)

Recently we had a report from a pilot that there was an antelope on the runway. There aren’t any antelopes in Toronto, we said.

Turns out it was a very large hare.

Amongst others on the runway unexpectedly, I’ve seen: 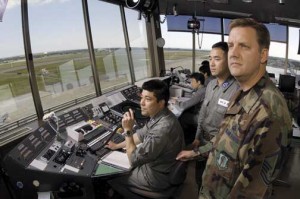 Heathrow, one wet evening a constant stream was landing. The Captain of one flight rang with humble apologies: “Our First Officer insisted I rang to tell you that as we turned off the runway he saw a man laying on the centreline. I’m really sorry to have troubled you.”

Plenty more had landed but we got a checker vehicle to have a look and, sure enough, there was a bloke laying on the runway! He wasn’t injured but they took him to hospital, where he later died from pneumonia.

ACA DC8F: “Ground, we need assistance, we got chlorine (?) at the door!

1982, when I was at Stornoway – A friend who was a smallholder asked me if anyone cut the grass in the triangle between the 3 runways. ‘No’ I replied, ‘Can I make some hay there?’, he asked, ‘Sure’ I replied.

‘OK, I’ll send Donnie up with a tractor and cutter’ says my chum. Knowing Donnie was not one of Stornoway’s brightest sons, I told him to make sure that Donnie came to see me and I would brief him on the runway crossing.

Next day Donnie duly reported to the tower, ‘You can cross the runway in front of the tower now, as there is nothing due for a while,’ I told him, ‘ When you have finished, face the tower and flash your headlights and if you see my green lamp flash at you, then you can cross – if it is red, wait and eventually you’ll see the green’.

Everything went as planned and then I went on leave. On my return the other ATCO says, ‘Did you tell a tractor driver that he could cut the grass?’.

‘Er, when he came back with his baler he crossed the runway straight in front of Loganair’s Islander that was about to touchdown,so I chased after him in the Land Rover and asked him what the hell he was playing at?’.

He replied, ‘The other fellow said it would be alright.’ Favourite episode at “my” airfield was the summer of ’76 (hot and dry) when the firemen in their mini van managed to set the grass area alight whilst bird scaring….their attempts to extinguish the fire using the van’s floor mats having failed, they then failed to start the van in order to escape….a fiasco which took a while to write up in the log as I recall.

TWA inbound to Heathrow from the west kept a little high due to paradropping at Farnborough. Given information on the Herc and TWA says: “Gee, we can see them, one guy’s boots are on fire.” 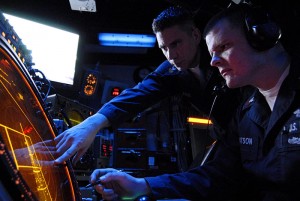 1. The only Welsh member of the ATC team trying to retrieve a sheep from the runway.
2. Runway blocked in “Britain in the Sun” due to
a. Bags of fruit all over the runway
b. 30+ pairs of shoes left on the runway from protesting Moroccans.
c. A German motorhome parked up alongside it.

There are some cracking ones in the log books!

A member of the travelling fraternity was found on the apron trying to find a way out, when asked how he had got there he advised that he came from the other side of the airfield but it was ok as he had crossed the runway on the big zebra crossing!

Eventually, someone noticed that the original poster had not responded in the thread.

Perhaps he’s run off screaming just like a lady news reporter in the approach room of a large airport back in the 70s.

She was there to interview one of the ladies and whilst waiting A.M., who was No.1 south, called her across.

“See that?” he said, pointing at the radar, “that’s the Concorde going to New York…and see that?”

“That’s a Boeing 707 coming from Africa”

And A.M. shouts hysterically: “And they’re going to hit each other and there’s nothing I can do about it!”

Oh my, the effect was dramatic. Funny, we never saw her again; she’s probably in a mental home.

Got a story for unusual ATC issues? The comments are all yours!