The Helicopter and the Crane

Mr Barnes, 50, from Berkshire, died when the AgustaWestland 109 he was piloting crashed into a crane at the side of The Tower at St George Wharf at 8am on Wednesday, just yards from Vauxhall Station.

His helicopter plunged to the ground 700ft below, killing Matthew Wood, 39, from Sutton, south London as he walked to work.

Mr Barnes had been flying from Redhill in Surrey to Elstree, Hertfordshire, but he asked to be diverted to Battersea heliport because of bad weather.

A couple of points I think are worth making: 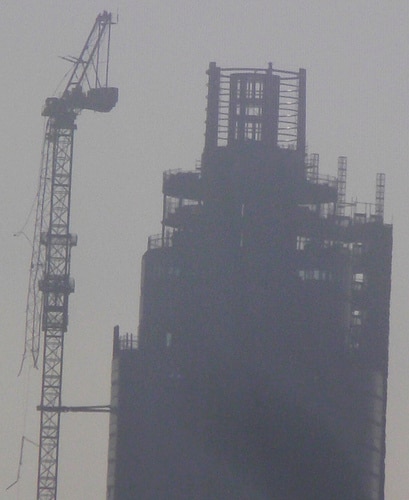 It’s a terrible tragedy and the type of accident that really should never happen. But as of now, there are many factors that could come into play. The helicopter could have had a critical failure before flying into the crane. The pilot could have been incapacited. We just don’t know.

Hopefully, we will have answers soon. The AAIB have begun their investigation. Personally, I’m waiting on their report before declaring that Something Must Be Done.