Rookie Error: Forgetting to Bring Up the Landing Gear During Flight

This is a guest post by my friend Matthew Warburton, looking at the recent incident of Air India Flight AI676. I hope you enjoy it!

Rookie errors can happen to any of us, no matter who we are or what we are doing. The difference is that any mistake can be very costly when you are flying a commercial airliner! It’s difficult to imagine that trained and professional pilots could forget to bring up the landing gear during a flight, but that’s exactly what happened as recently as July 2017, when two pilots were suspended following an incident on Air India Flight AI676. 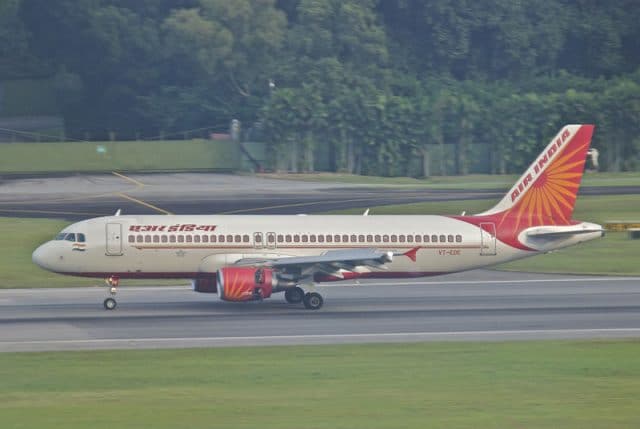 The Airbus A320 left Kolkata, carrying 99 passengers on a journey that was supposed to last two and a half hours, with the final destination set for Mumbai. But the plane didn’t land in Mumbai. It nearly ran out of fuel mid-flight and had to be redirected to avoid serious consequences. The pilots had failed to retract the landing gear!

It was around 90 minutes into the flight that the pilots requested permission to redirect the aircraft and land in Nagpur. The pilots had, thankfully, noticed that the fuel gauge was dropping rapidly, and knew that they would not make it all the way to their expected destination.

In fact, sources have revealed that the plane even struggled to reach its regular altitude after taking off. It should have ascended to around 35-37,000 feet, where the air is thin enough to allow the plane to run efficiently on the fuel that it has. In reality, the plane was flying at only around 24,000 feet, low enough that the dense air would require more petrol to fly through. The plane was also noted to be flying at only 230 knots, compared to its usual pace of 500 knots.

The extra drag of the wheels, the negative effects on aerodynamics, and the lower flight altitude had caused an increased fuel consumption rate, which could have been fatal. Just like you might have experienced in popular video games like PokerStars Power Up, energy conservation is a critical component of a successful flight. Had the pilots not noticed the fuel and decided to divert to the closer airport at Nagpur, the outcome could have been very different. It was on final approach to Nagpur when the flight crew went to lower the gear that they realized that it was already extended.

But what is really unusual is that none of the passengers on board the flight reported anything to their pilots. The situation would have caused intense vibrations, loud noises and overall a very low quality of flight. One theory is that the dearth of complaints might be due to the fact that the plane was travelling during monsoon season, and the passengers attributed these effects to weather conditions.

What is even more fascinating is that the pilots themselves, who were suspended following the incident, did not notice that the landing gear was down until they actually came to land in Nagpur! They had struggled to gain altitude or speed, had burned off fuel at an alarming rate, and had ignored a basic procedure on the post-take off checklist; they had not checked that the landing gear had been retracted.

The pilots of Air India Flight AI676 teach us a very valuable lesson. They show us that even trained and professional pilots can make elementary mistakes. They teach us that we must always remember the basics!

I agree with Matthew: this case shows how easy it can be to miss the obvious. With such a lack of situational awareness, it’s a relief that they noticed the low fuel!