Memorial in the middle of the Desert: UTA Flight 772

There’s this viral set of photographs going around of the UTA Flight memorial. It’s a fascinating story and I think it is the most amazing modern memorial.

It was originally featured in Google Sightseeing in 2009.

Even by Saharan standards, the Ténéré region of northern Niger is pretty desolate: a vast sea of sand, broken only by the occasional rocky outcrop, where barely an inch of rain falls each year. So it’s something of a surprise to see a huge picture of a DC-10 among the dunes.

Here is an embedded map showing the memorial in satellite.

If you zoom out, you can see just how isolated the memorial is.

UTA Flight 772 was a scheduled flight from N’Djamena International Airport in Chad to Paris Charles de Gaulle in France. The flight originated in Brazzaville, the People’s Republic of Congo, and landed in N’Djamena with no issues. It departed N’Djamena at 13:13.

46 minutes into the flight, cruising at 35,100 feet, the aircraft broke up over the Sahara desert. All 155 passengers and 15 crew members were lost. 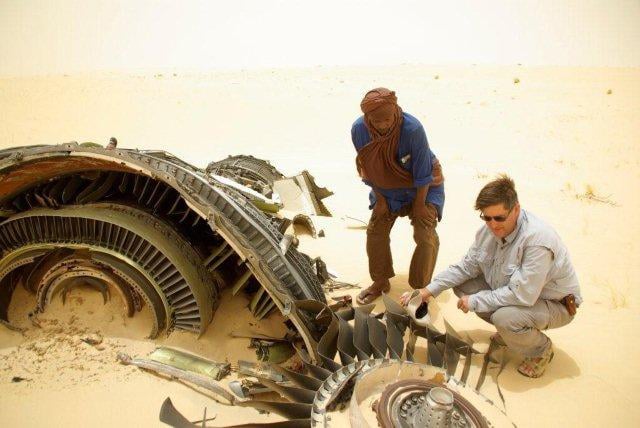 The accident investigation determined that the cause of the break-up was an explosion. Traces of the explosive PETN (penthrite) were found in the forward cargo hold. Pieces of a dark grey Samsonite suitcase were covered in a layer of PETN. The report concluded that the bomb had been checked in with luggage at Brazzaville airport.

Six Libyans were tried and convicted in absentia at the Paris Assize Court.

An association was formed to represent the victims families, Les Familles de l’Attentat du DC10 d’UTA. In 2007, this association used compensation funds paid by the Libyan government to construct a memorial to the 170 victims who died on UTA Flight 772. 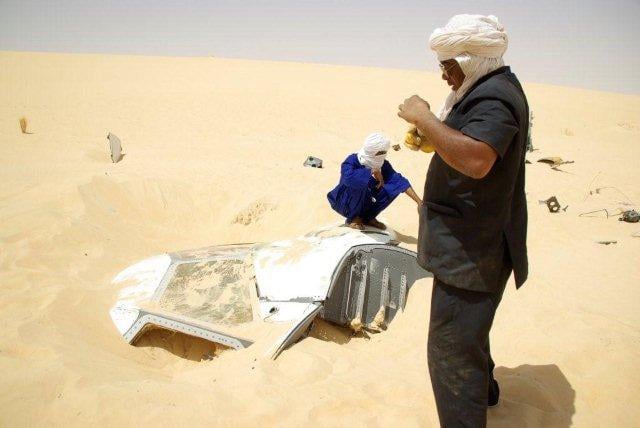 I lost my father in this plane bombing, I became later on the leader of the families group and negotiated with Libya… but the task I am the more proud of is this Memorial in the middle of the desert.

The wreckage was half-buried in the sand at the remote desert location. They drove with trucks and camped out on site in order to build the memorial.

The memorial shows a life-size silhouette of the DC-10 inside a compass – a circle of dark stones with arrows pointing North, South, East and West. 170 broken mirrors, one for each victim of the bombing, were placed around the edge. 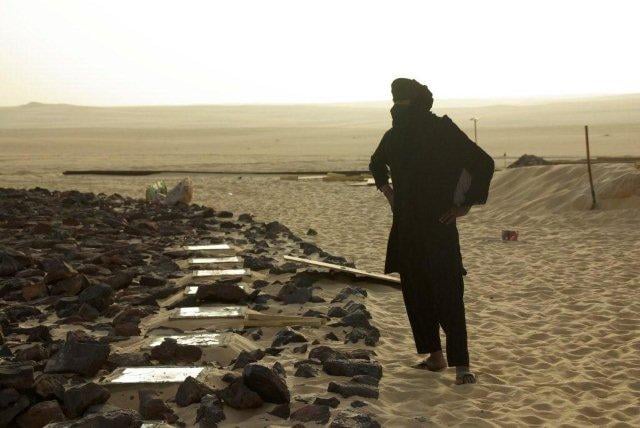 The rocks come from the mountains you see at the West of the site [driving across] 70 km of sand.

Difficult to transport, even with the trucks we had. And very difficult work for the person in charge of collecting the stones in a very hot spot, with no shade. 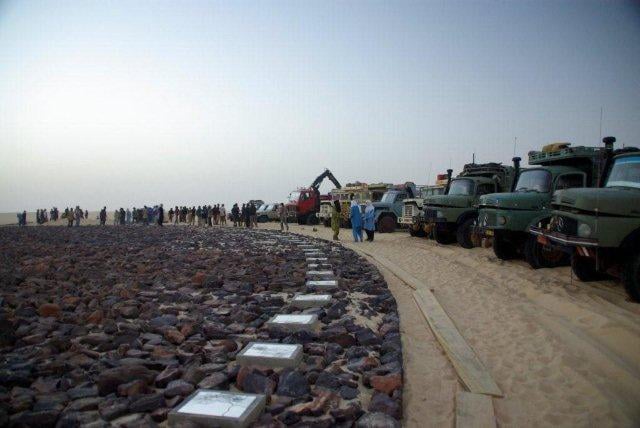 The project took two months in total with a hundred people working to hand-place the rocks and mirrors. They dug out the starboard wing from the sand and integrated it into the design.

A commemoration plaque listing all of the victims’ names was attached to the wing which was placed at the north point of the compass. 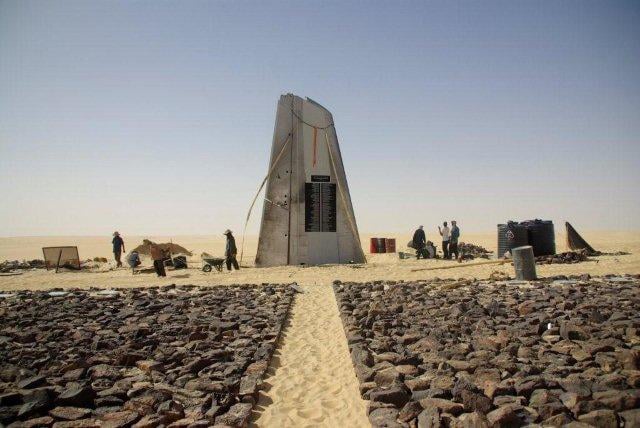 I wanted this Memorial to be visible from planes or satellite, the result is far over our expectations! It’s very emotional for me and the other families.

But the winds of the desert are unforgiving, and like the wreck of the DC-10, the memorial is slowly disappearing under the sand.

This photo was posted to Panoramio in 2008, just one year later, and you can see that the rocks are almost covered. 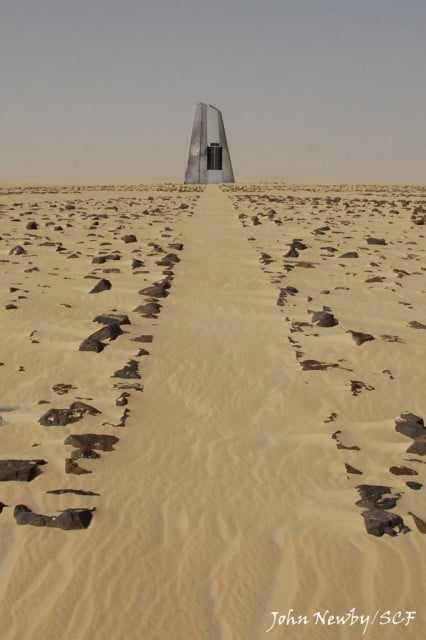 If you want to see more photographs or find out more about the memorial (in French), visit Les Familles de l’Attentat du DC10 d’UTA. They have amazing slide shows of the photographs available online as well as a 52 minute documentary for sale about the building of the memorial.

The stones and mirrors are probably not visible anymore and I dread the day when Google update their satellite images. And yet, something about the transience of the site makes it even more poignant to me. Well done to Guillaume de Saint Marc and the families of the victims for making such a beautiful memorial.