Details of the Engine Fire at Las Vegas

On Tuesday there was an engine fire at McCarran International Airport which has made headline news in the US and the UK. A key reason that this incident is so incredibly interesting is because, despite the fire burning hot enough to melt windows on the aircraft, there were no serious injuries and no loss of life. We often talk about aviation incidents that changed the world. British Airtours flight KT28M Manchester to Corfu in 1985, where 55 lives were lost when an engine caught fire during the take-off run, was one such accident. In the aftermath of the tragedy, a detailed investigation took place to avoid such a disaster from ever happening again.

Last week in Las Vegas, the safe evacuation of 157 passengers and 13 crew on British Airways flight 2276 is the result of what we learned.

Here’s the information so far.

British Airways flight 2276 was a scheduled international flight from McCarran in Las Vegas, Nevada to Gatwick in (well, near) London, England.

Flight 2276 left the gate at 16:00 local time and taxied normally across the airport to Runway 7 left. The flight was cleared for take-off at 16:12. 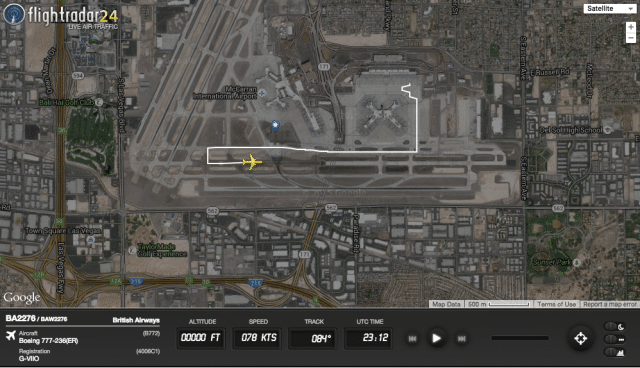 Seconds after the take-off roll was started, the number 1 engine failed.

Passenger and Guardian journalist Jacob Steinberg was on the flight and wrote about his experiences for the Guardian.

Before I drifted off people were reading, chatting and starting to watch the in-flight entertainment and, as usual, I had not paid much attention to the safety demonstrations.

It all happened so quickly. I was jolted awake up by a huge thud. It took me a while to register what was going on. How long had I been asleep? Were we in the air? Were we still on the ground?

I felt the pilot hitting the brakes.

The Flight website has a great article going over the sequence of events for an emergency like this one.

During the takeoff roll of Flight 2276, the first indication of an engine fire was likely the master caution light. Those reject actions that were previously discussed on the ground are driven by a muscle memory that’ll ultimately bring the aircraft to a safe stop – starting with the Captain’s command of “stop” or “reject”. The non-flying pilot will call out omissions, speeds, if the RTO autobrake has failed, and advise the tower of the reject. The procedure is almost immediately followed by a cabin PA that’ll trigger the flight attendants into an alert mode that morphs them into their rigid safety personas. The PA acts as an instruction for cabin crew to mentally rehearse their own emergency patter and safety actions should they be called upon to exercise their primary safety role.

Flightradar24 shared the ADS-B data of the aircraft on the runway, which showed the aircraft coming to a halt in nine seconds.

The raw ADS-B data from flight #BA2276 shows that braking from 78 knots down to 2 knots took about 9 seconds pic.twitter.com/rnKj7eo4Yf

A Flightradar24 representative explained on Facebook why the final data showed the aircraft at 2225 feet.

The pilots came to a halt on the runway, and contacted the controller immediately.

The first notification of the fire was at 16:13.

The aircraft was fully fuelled for the overnight flight across the Atlantic. The fire spread swiftly, with witnesses describing flames around the fuselage. The cabin crew begged the passengers to stay calm. Then the Captain broadcast the order to evacuate.

Jacob Steinberg describes what it was like inside the aircraft:

We looked out the window and for the first time saw smoke near the wing. We could smell it. It was like burning rubber – bitter and deeply unpleasant – and it was time to panic.
There was a shout to evacuate the plane. Some people were trying to run, others further ahead were moving slowly, perhaps not realising how serious the situation was. There were even some passengers who tried to get their luggage out of the overhead lockers.

At 16:14 Firefighters arrived at the scene. The aircraft doors were already open and passengers were evacuating using the emergency slides.

There was fear in the voices behind me – I remember James pushing me in the back – and congestion near the door. My fear was that we would not get out, even though I could see outside. James later said he thought the plane was going to explode.

At least the door was open and there was no smoke in front of us. There was congestion, though, and it wasn’t a smooth exit on the slide. Some people were hurt, probably from banging into each other, and there were a few cuts and bruises. The flight attendant who opened that door at the back had a bandage on her left elbow later on.

Such an amazing pic of @British_Airways plane at Las Vegas by Jordan Masters pic.twitter.com/8vZ4XUPdMu

The evacuation of Flight 2276 was a success in that the 159 passengers and 13 crew managed to egress without serious injury. However, the weakest point in the whole evacuation process were the biological hazards in the cabin that tend to make their own rules when exiting, and we’ll address this issue later today.

Pilot Chris Manno commented through a comic strip on Twitter: 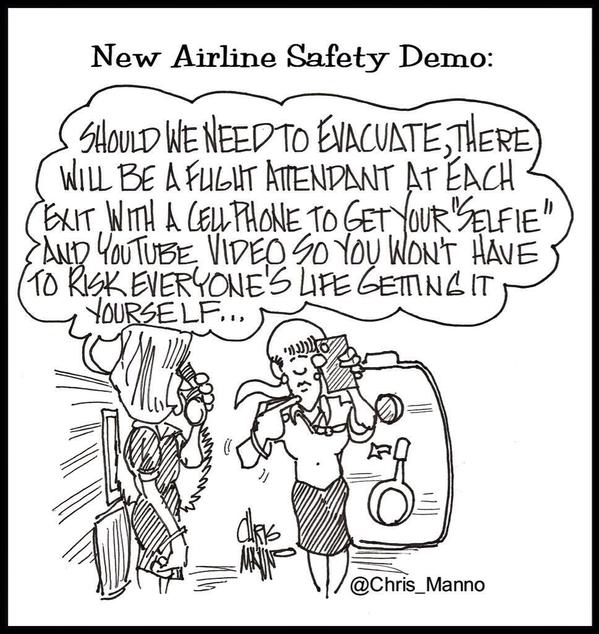 By 16:18 all passengers were evacuated and the fire extinguished. That’s four minutes from the initial report to resolution.

The passengers were taken by bus to the terminal and were still in the airport lounge when the captain entered to give them an update. The passengers broke into spontaneous applause.

Fourteen people were taken to the local hospital to be treated for minor injuries, mostly as a result of the evacuation out the slides.

The aircraft and runway debris were photographed on location for the investigation and then towed away. The runway was out of service for the next few hours but reopened just after midnight.

NTSB investigators were on the scene the following morning where they examined the engine.

Initial examination of the left engine revealed multiple breaches of the engine case in the area around the high pressure compressor.

Examination of the material recovered from runway found several pieces of the high pressure compressor spool (approximately 7-8 inches in length).

Initial examination of the airplane by NTSB revealed that the left engine and pylon, left fuselage structure and inboard left wing airplane were substantially damaged by the fire.

The powerplants and airworthiness groups will continue documenting the airplane and engine over the next several days. It is anticipated that once the tooling is in place, the left engine will be removed and shipped to a facility to conduct a full teardown.

Passenger Sid Langley posted to Facebook that he was safe at home on Thursday.

We were in seats just above the flaming engine on Tuesday afternoon (Sep 8). Now (Thu 9.30 pm) catching up on The Archers in omnibus editions we missed while in US for three weeks helping daughter get house for her new job on California’s fabulous Central Coast. Came back overnight on Virgin 747 as BA managers still hadn’t got their act together over rebooking ‘disaster’ passengers. Lots of extremely angry women from Essex in evidence! Met some really lovely people over the course of two terrible days … which was nice .

The Captain was due to retire the following week with only one flight left on his roster. He told NBC news, “It’s safe to say I’m finished flying.”

That’s one hell of a final flight for a career.