UPS 1354 and the unforgiving nature of flight 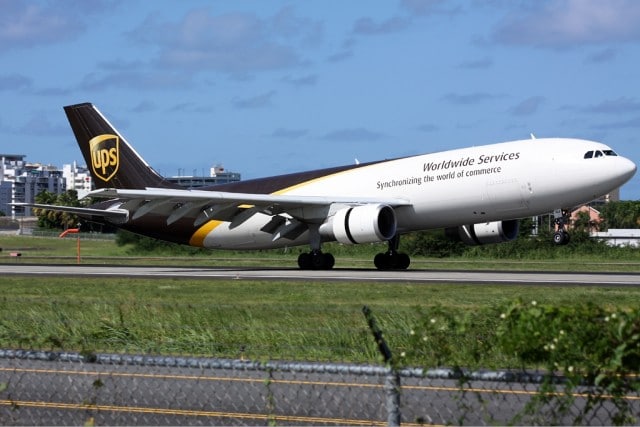 UPS flight 1354 was due at 04:51, which meant that only the shorter runway 18 was available for the inbound flight.

The weather forecast was for variable low clouds which could require the flight to divert to an alternate airport.

The dispatcher did not warn the flight crew of UPS flight 1354 about the low clouds or the single-approach option to the airport. Neither did dispatch bring up the fact that runway 06/24 would reopen at 05:00. At no point during the flight did the crew receive any of the variable forecast information.

This has been referred to as “the fatigue flight” as a result of the cockpit conversation before the flight, which was released in February. The Captain and his First Officer clearly discuss fatigue and over-work as they wait for to be cleared for their flight.

The Captain was off duty from the 5th to the 12th of August. The hearing found that he took steps to mitigate the effects of fatigue:

The First Officer was off duty from the 10th to the 12th, however the hearing was less impressed with her sleep patterns and stated that she mismanaged her off-duty time.

The NTSB felt that she was aware of her fatigued state and also expressed concern in the hearing that the final approach of the flight was during the window of circadian low.

The FAA defines three types of fatigue: transient, cumulative and circadian. Transient fatigue is acute fatigue by extreme sleep restriction – that is, being awake too long or having very little sleep over one or two days. Cumulative fatigue is mild sleep restriction or extended hours awake across a series of days, which is what seems to be described for the first officer. Circadian fatigue is the reduced performance during nighttime hours.

The window of circadian low is the lowest point of performance, alertness and body temperature. It is considered the hours between 02:00 and 06:00 on the home-base time zone for flight crew who are on a standard day-wake/night-sleep schedule.

The symptoms of fatigue include:

The Captain and his First Officer seemed fine during the flight but as they reached the final stages of the flight, they began to make mistakes.

At 04:20 they listened to the Birmingham ATIS for airfield information.

This appears to have been the first notification the crew had that runway 6/24 was closed.

With still half an hour to run, the Captain briefed his first officer for the non-precision approach into runway 18. The First Officer entered the approach into the flight management computer.

This “profile approach” means that the flight management computer can set up a glidepath for the crew to follow from the final approach fix to the decision altitude. For runway 18 at BHM, the flight crew follow the vertical path guidance to 1,200 feet above sea level, as opposed to step-downs, staggered descents where the crew must constantly monitor the minimum altitude for each step.

The aircraft was cleared for the localizer 18 approach, however, the flight management computer wasn’t set up correctly.

The key information here is that the flight management computer wasn’t set up correctly, neither of the flight crew noticed and, as a result, the glideslope information was meaningless for the approach that they were conducting. There was a clear error message which neither crew member paid any attention to.

If the flight management computer had been set up correctly, then the autopilot would have engaged the profile approach and the aircraft would have descended on the glidepath to the runway.

At the final approach fix, they were at 2,500 foot above sea level, instead of the expected altitude of 2,300.

Neither pilot realised that the flight plan was not verified. Nor did they notice that the vertical deviation indicator was pegged at the top because the aircraft was showing as over 200 feet below its (meaningless) flight path. The crew knew they were above, not below, the glidepath at the final approach fix. Yet they still somehow did not realise that the flight management computer was wrong.

The Captain did notice that the autopilot did not engage at which point he changed the autopilot to vertical speed mode, as one would use for a step-down approach. He didn’t mention changing the mode and they continued their descent without proper monitoring.

The decision altitude for runway 18 is 1,200 feet above sea level. If the runway is not in sight, the flight crew must stop descending. If they can not see the runway then they cannot continue the approach but must break off and go-around.

During the “Before Landing” checklist, the First Officer noticed that the autopilot was in vertical speed mode. The Captain then increased the vertical descent rate to 1,500 feet per minute. This means that not only do they have the heavy workload at a point when their bodies are at a circadian low, but he’s just significantly increased the pace.

DA is decision altitude. To confirm to the UPS stabilized approach criteria, they should not be at a descent rate greater than 1,000 feet per minute. An unstabilized approach requires a go-around. And yet, they continued to descend.

The ATIS information stated that the cloud ceiling was at 1,000 feet so they expected clear skies once they descended below that. However, the weather information was incomplete and didn’t mention the variable ceiling. The cloud base at their location at that time was about 350 feet.

At 1,000 feet above sea level, about 250 feet above ground level, the Enhanced Ground Proximity Warning System (EGPWS) sink rate caution alert sounded through the cockpit. The captain reduced the vertical speed to about 1,000 feet per minute and called out runway in sight. The first officer confirmed she also had the runway in sight.

The Captain reduced the speed further but the aircraft was still descending rapidly and aiming for a point one mile short of the runway. The First Officer made no further altitude call outs after the initial 1,000 foot and neither crew member seemed to be aware at how low they were.

The next sound on the cockpit voice recorder is the sound of rustling with the volume increasing for about 5.4 seconds as they hit the trees.

The Captain and First Officer had just enough time to realise what was happening before the aircraft impacted the ground and caught fire. They were killed in the impact. 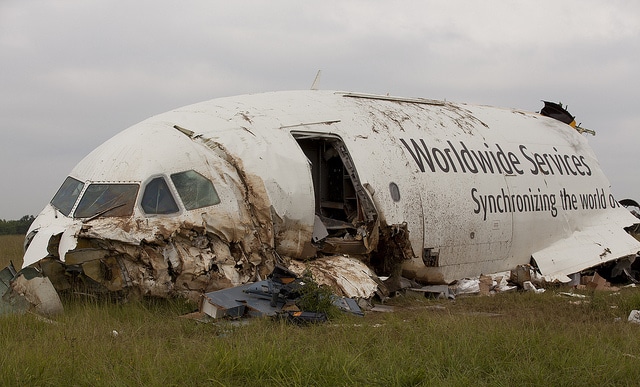 The NTSB found that there were many steps that could have reduced the risk factor of this flight: the First Officer could have reported herself as fatigued. The dispatcher should have given the flight crew better information about their flight. The Captain could have gone around as soon as the planned “profile approach” did not start as expected.

However, in the end, the death of the flight crew was caused by continuing an unstabilised approach long after it was clear that things were not as they should be.

The acting Chairman of the NTSB closed the hearing with this statement:

Air transportation is as safe as it is today largely because rigorous aviation safety practices have been developed out of respect for the inherently unforgiving nature of flight.

In the end, that lack of respect caused this accident and their deaths. Maybe someone else will learn from their mistakes.

More details can be found on the NTSB site on their page detailing the Board Meeting: UPS Flight 1354.