Texting and Flying with no Fuel

The National Transportation Safety Board (NTSB) has announced that a pilot sending and receiving text messages was a self-induced distraction and considered a contributing factor in the crash.

From the accident report:

This was a Helicopter Emergency Medical Services (HEMS) flight in Missouri to transport the patient from Harrison County Community Hospital to Liberty Hospital.

The NTSB gave a presentation about the investigation at their Board meeting last Tuesday. You can read the remarks and see the slides here: Board Meeting: Aviation Accident Investigation. My breakdown of the events is based on these presentations and the abstract. The final report has not yet been released.

HEMS is a specialized segment of aviation with one goal: saving lives. The flights are not scheduled. Nor are they routine. By definition, these flights involve emergencies and urgency – transporting individuals who are in critical condition or delivering donor organs. There is always pressure to accomplish the mission.
…
But, in other respects, as we’ll hear this morning, it was a classic aviation accident. That is because this fatal crash involved perhaps the most crucial and time-honored aspect of safe flight: aeronautical decision making. 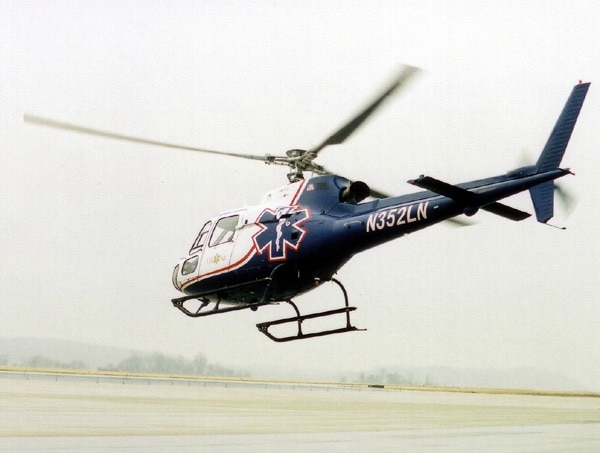 17:19 LifeNet receives the request for transport
17:20 The pilot is notified and makes immediate preparations to leave

The pilot slept 5 hours or less the previous night. He chose not to stay at the sleeping quarters at the pilot’s base (which were apparently comfortable and quiet) and said that he slept badly and felt tired. His cumulative duty time was over 12 hours.

As a part of his pre-flight checks, the pilot should have noticed the low fuel in the helicopter. The daily flight log wasn’t signed. The “Conform Your Aircraft” entries were not signed. No fuel samples were taken. And most importantly, there was only one hour of fuel on board.

There was not enough fuel for his planned routing.

17:30 The pilot reports that he has departed from the helicopter’s base at Rosecrans Memorial Airport with two hours of fuel and 3 persons on board.

His before-takeoff confirmation checklist was the second opportunity for the pilot to recognise the fuel situation. He didn’t appear to notice the issue.

Records show that the pilot was sending and receiving personal text messages during this first flight.

17:58 The helicopter lands at the helipad at Harrison County Community Hospital to pick up the patient.

18:00 Pilot contacts his HEMS communication center. He explains that he doesn’t have enough fuel to fly to Liberty Hospital and asks for help locating a nearby fuel option.

He never said how much fuel he had left. The communication specialist did not ask. Neither did the communication specialist contact the Operational Control Center (OCC) regarding the situation. The OOC is available 24 hours a day and staffed by a qualified pilot. It wasn’t a requirement to contact the OCC; however if they had, the OCC would have queried the situation more extensively and and almost certainly recommended aborting the mission.

Neither the pilot nor the communication specialist considered the possibility that they could cancel the flight and have fuel brought to the helicopter.

This self-induced pressure is common to all EMS pilots. Even though the pilot was isolated from the patient’s condition, he must know that an EMS helicopter isn’t requested unless the medical situation is urgent and that delays can be fatal.

The following is from a NASA publication in 1993 investigating the problem. The bolding is mine.
Emergency 911: EMS Helicopter Operations / Lifeguard & Priority Handling

During the years 1978-1986, this increased use of helicopters for emergency medical and air ambulance services came at a high price. In a study of 59 EMS accidents during this period, the NTSB found that the accident rates for EMS helicopter operations were approximately 3.5 times higher than for other non-scheduled Part 135 Air Taxi helicopter operations. Human error, directly or indirectly, was attributed as the cause of the majority of these accidents. To the credit of the EMS industry, these accident rates decreased significantly following the NTSB report and recommendations.
…
Time pressure was cited as an frequent contributor to incidents–the patient’s critical condition led to a sense of urgency about the flight, which often resulted in inadequate pre-flight planning. Reporters cited such oversights as not stopping for refueling; failure to obtain or review correct charts; overflying scheduled aircraft maintenance; inadequate or less-than-thorough weather briefings; and inadequate evaluation of weather briefings preceding the go/no-go decision. Patient criticality was reported as a major contributor to time pressure in 44 percent of the reports. Time pressure associated with the patient’s condition seemed to be present regardless of whether the patient was already on-board the aircraft or the pilot was enroute for patient pick-up.

There were no opportunities for refuelling close by. The pilot and the communication specialist discovered that the Midwest National Air Center (GPH) was the only airport with Jet-A fuel on the planned route.

They agreed that the flight should proceed to Midwest National Air Center.

The pilot was sending and receiving text messages during the phone call.

In order to continue the flight legally, he required at least 32 minutes plus 20 minutes reserve. This was his third chance to deal with the fuel situation.

In addition, the flight time to Midwest National Air Center was just two minutes shorter than the planned flight to Liberty Hospital. If the pilot did not have enough fuel to make it to the hospital, he wasn’t going to make it to Midwest National Air Center. If the operations personnel had been contacted, they would almost certainly asked for details regarding the fuel situation while he was still on the ground. With only 30 minutes fuel and no reserve, he should have aborted the mission and waited for fuel to be delivered.

He’d been up 13 hours after a bad night’s sleep. Fatigue increases attentional lapses and reaction time. Fatigued pilots persevere with ineffective solutions. He had the choice of cancelling the mission or attempting to refuel 32 minutes away with 30 minutes of fuel on board. Maybe he thought he’d get there on the fumes.

He chose to continue.

There’s no evidence that he was distracted by texting at the time of the accident.

18:41 The helicopter runs out of fuel and the engine loses power. The pilot does not respond effectively to execute an autorotation and the helicopter crashes into the ground at a 40° nose-down attitude at a high rate of descent.

All four occupants of the helicopter were killed in the impact.

They argue that the texting was a self-induced distraction and contributed to the bad decision making.

There was no policy for the OCC to be notified of the situation. The NTSB believe that operationally qualified personnel would “likely have recognized the pilot’s decision to continue the mission as inappropriate.”

The pilot should have simultaneously applied “aft cyclic and down collective in order to maintain rotor rpm and execute a successful autorotation”. However, the investigation discovered that the pilot’s autorotation training was done at lower airspeeds, where less aft cyclic is needed. The lack of training may have contributed to the pilot’s failure to react appropriately.

Probable Cause
The National Transportation Safety Board determines that the probable causes of this accident were the pilot’s failure to confirm that the helicopter had adequate fuel onboard to complete the mission before making the first departure, his improper decision to continue the mission and make a second departure after he became aware of a critically low fuel level, and his failure to successfully enter an autorotation when the engine lost power due to fuel exhaustion. Contributing to the accident were (1) the pilot’s distracted attention due to personal texting during safety – critical ground and flight operations, (2) his degraded performance due to fatigue, (3) the operator’s lack of a policy requiring that an operational control center specialist be notified of abnormal fuel situations, and (4) the lack of practice representative of an actual engine failure at cruise airspeed in the pilot’s autorotation training in the accident make and model helicopter.

We’ll never know what he was thinking but it’s not hard to imagine a scenario. Tired and distracted, he missed the fuel situation during his pre-flight checks. At the hospital he was aware of his error but there was no easy fix. Everyone was relying on him to transport a patient, probably critical, to the next hospital just 35 minutes away. Aborting the mission at that stage would have been difficult to bear. So I imagine he continued, hoping the fuel gauges weren’t all that exact, hoping that he could make it to the Midwest National Air Center on fumes.