Edit: This was written directly after the accident. I wrote an updated two-part piece after the final report came out, which you can find here: https://fearoflanding.com/accidents/accident-reports/land-like-a-crow-part-1/.

On the 1st of November in 2011, LOT airlines flight LO16 was flying into Warsaw-Okęcie when the main landing gear and nose gear failed to deploy. They landed on the fuselage on runway 33. 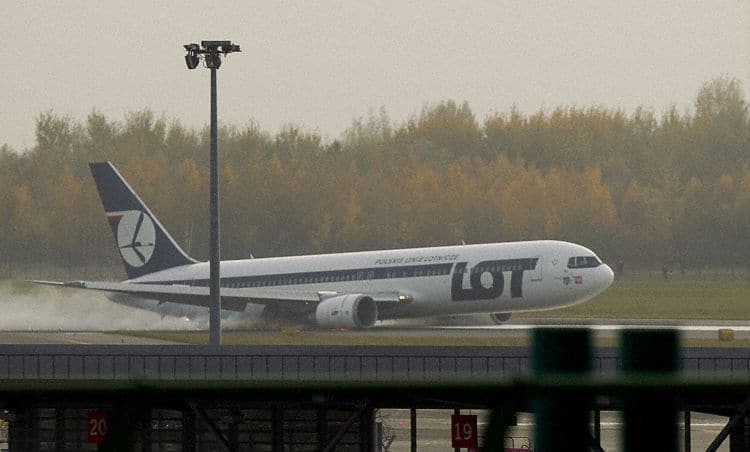 The Ministerstwo Transportu, Budownictwa I Gospodarki Morskiej (Ministry of Transport, Construction and Maritime Economy) have released a PDF of the accident description in English.

All times are in UTC.

The flight crew consisted of two experienced Polish pilots. The captain has flown for LOT Polish Airlines since 1981 and at the time of the incident had 13,307 hours experience on the Boeing-767 (15,980 in total). The First Officer had 9,431 hours flight time, with 1,981 of those on the B-767. The aircraft was 25 years old and in good condition. It was inspected at Newark by the local maintenance crew and no faults were found.

A hydraulic fluid leak was discovered in the central hydraulic system (installation “C”).

A passenger commented on AVherald that in the cabin they heard “a strange noise like an electric or hydraulic motor triggered several times but failing to end its action.”

The loss of hydraulic pressure appeared to be an isolated fault and the flight crew and Operations crew agreed to continue the flight to Warsaw (EPWA), where they would extend the landing gear using the alternate landing gear extension system.

The media questioned the decision to carry on, but a single failure does not necessarily require an immediate landing. The aircraft was safe to fly. There are back-up systems for the landing gear. Continuing to their destination gives them a planned daylight landing at their home airport rather than an emergency landing at Newark in the dark.

The flight to Poland was uneventful. The METAR at Warsaw confirmed that there was good visibility with scattered low cloud, a slight tail wind over the runway, and no significant weather.

During the approach to Warsaw-Okęcie the flight crew used the alternate system to extend the landing gear.

The landing gear did not extend.

12:25 The flight crew declare an emergency.

12:45 Combat aircraft from a local Air Force base are sent to visually check the landing gear.

The flight crew are hoping that it is a computer glitch. Maybe the wheels are in fact all down and the failure is in the reporting.

13:06 The pilots of the combat aircraft confirm that the landing gear and nose gear are not visible, that is, they are still in the retracted position.

The crew attempt again to manually extend the landing gear “in the gravitational way”: that is, release the doors so that the wheels fall out of the plane and into position.

The landing gear does not extend.

As the fuel levels are dropping and all attempts to extend the landing gear have failed, the crew decide to execute an emergency landing with the landing gear retracted: landing on the belly of the plane.

13:39 The plane lands safely at Warsaw-Okęcie on runway 33. The passengers are evacuated immediately and are clear of the plane within 90 seconds. There are no injuries.

Passengers told the press that the landing was so smooth, they thought that at the last moment, the gear must have extended.

Investigators reached the aerodrome 15-20 minutes after the evacuation of the passengers and crew.

There they found a damaged hydrawlic hose in the right main landing gear which caused the failure of the central hydraulic system.

But they also found something more disturbing: 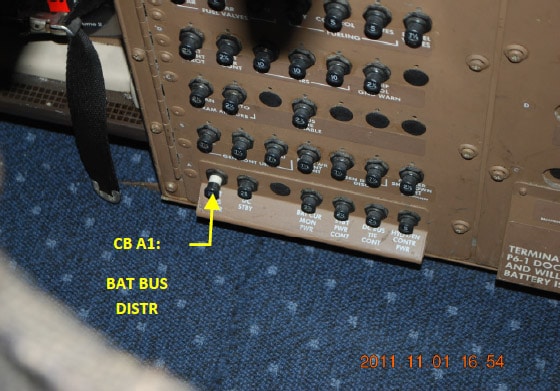 Circuit breaker C829 BAT BUS DISTR includes the alternate landing gear extension system. There was no record of the breaker being off and the Flight Data Recorder and other airplane systems did not indicate that the breaker was off.

The captain has stated that they checked all circuit breakers twice and did not find any that had popped out.

It is possible that the circuit breaker popped out during the landing as a result of the alternate gear extender being left on. However, if the circuit breaker was out and they missed it, it puts an entirely new light on the response of the flight crew to the situation. I’ll be very interested to read the final report. 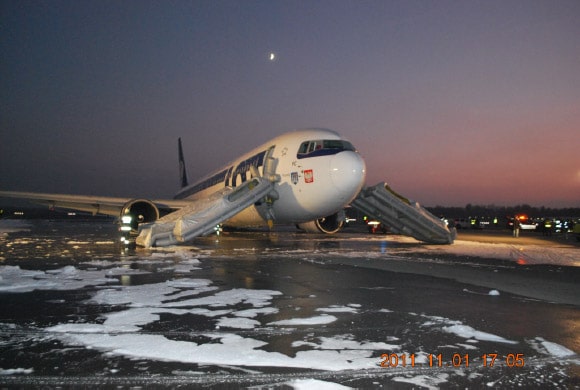 Meanwhile, Captain Tadeusz Wrona, with close to 20 years experience on the 767, is being hailed as a national hero for this excellent landing. Wrona means crow in Polish, leading to this new proverb: