A Lesson On Keeping The Aircraft in Trim

On the 28th of May 2019, a customer arrived at a flight school at Archerfield Airport, Queensland for their first flight experience. 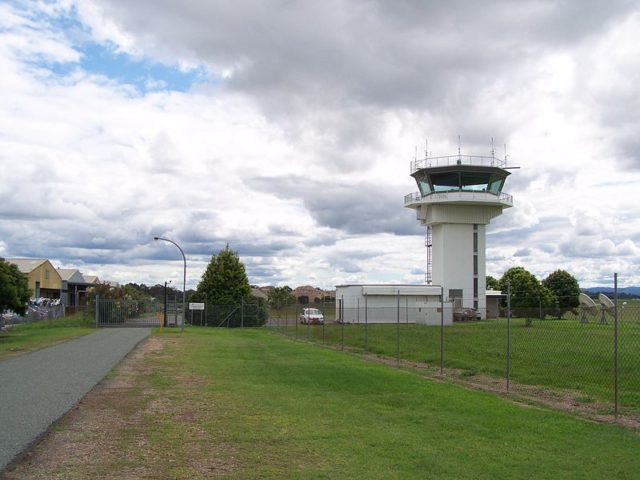 The aircraft that day was a Cessna 152, a two-person, single-engine aircraft popular for training as it has low operating and maintenance costs but, more importantly, it is a durable and forgiving aircraft which is relatively simple to operate (slow, fixed pitch and fixed-tricycle gear).

The instructor pilot had about 320 total flight hours, with 100 hours in the Cessna 152, and had done this exercise seven times before. The student pilot obviously had not.

After the student pilot and the instructor departed Archerfield, the instructor went through a sequence of manoeuvres to show the student the effects of control. This exercise is meant to get the student familiar with the complex system of an aircraft and how a large range of different issues can affect the performance.

As a part of this, the instructor trimmed the aircraft nose-up while the student was flying straight and level and had the student maintain attitude using nose-down pressure on the control wheel yoke while retrimming the aircraft for level flight. The Cessna 152 has a manual trim wheel on the lower instrument panel which controls a full-span trim tab on the right elevator.

This is a basic exercise which is familiar to every pilot. If the aircraft is “in trim” then it will fly straight and level in the current configuration. If it is “out of trim” then it will be pitched nose-up or nose-down and physical force on the controls is necessary to maintain level flight.

So there’s a great advantage to keeping the aircraft in trim, although this needs adjusting frequently as minor changes to power or altitude will require adjustments to the trim. A bad pilot will not make these adjustments, instead modifying the pressure on the controls to keep the aircraft pitched correctly. If the pilot continues to fly out of trim, he or she will notice that the flight controls feel heavy and that the aircraft has a tendency to gain or lose altitude, depending on whether the aircraft trimmed attitude is nose-up or nose-down from the desired attitude.

The student flew straight and level at a height of 2,000 feet above ground level. When they were overhead Lagoon Island, the instructor turned the trim wheel by two thirds of its total travel to adjust the trim to nose down. The student was able to maintain straight and level flight by pulling back on the controls to counteract the nose-down attitude.

The instructor’s feet were on the rudder pedals and the instructor’s right hand was resting on the glare shield; both hands were near (but not on) the controls. The student continued to fly straight and level for a short time before being told to return the elevator trim to neutral. Normally, a pilot reaches the right hand for the trim wheel while maintaining pressure on the control wheel yoke with the left hand, thus keeping the aircraft straight and level. Then the instructor puts the aircraft out of trim in the opposite direction and the student flies straight and level before being told to put it back into trim again.

However, on the first instruction, the student completely let go of the controls which meant that the aircraft suddenly pitched down and rolled left.

The instructor’s headset flew off as they entered a dive of over 3,000 feet per minute. The instructor took control of the aircraft, pulled back the throttle and managed to arrest the descent at about 400 feet above ground level.

Once on the ground, they found that the Cessna 152’s right horizontal stabiliser was bent and twisted out of place by about 30mm (just over an inch), with rivets pulling through the skin. The internal structure was cracked and creased. There was no evidence of any pre-existing damage.

The instructor remembered applying right rudder during the recovery but couldn’t quite recollect why, or whether they were in a left spiral dive or spin. There was no time to re-trim the aircraft to neutral until they had pulled out of the dive.

The instructor then attempted to regain control without placing the trim back into a neutral position, which made it much more difficult to recover from the dive. Because the trim tab was on the right elevator, aerodynamic forces were concentrated onto the right horizontal stabiliser rather than being split between the two. The elevator trim added additional load to the right side which twisted the stabiliser down.

Investigators found that the right stabiliser was close to total failure.

Other factors that increased risk

The training school revised the instructor guide with a new procedure for teaching students the importance of trim. The instructor is now expected to place the aircraft into a cruise climb and show how the use of trim can reduce control loads on the flight controls, in order to show the student the effect that trimming has on the aircraft flight characteristics and maintaining flight attitudes. Then the instructor demonstrates the manoeuvre before allowing the student to practice it, putting the aircraft into a nose-up configuration and with a specific (moderate!) amount of trim input in order to show how to maintain the best rate of climb.

The photographs tell the story although I have to admit I’m amazed at how much damage was done over in the course of a dive recovery.

You can pick up a copy of the full report on the ATSB site: Loss of control involving Cessna 152, VH-JIW, 34 km east-south-east of Archerfield Airport, Queensland, on 28 May 2019